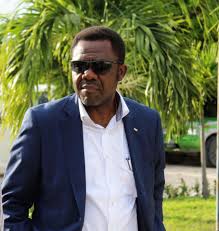 FIFA’s new director of development for Africa and the Caribbean, Veron Mosengo-Omba, has been appointed by the world governing to oversee the crisis that has afflicted the governance of the game in Ghana, Ghanasoccernet.com can exclusively reveal.

Mosengo-Omba, a highly experienced operator of the African terrain, has been chosen by General Secretary Fatma Samoura to mediate in the matters in which the Ghana government is seen to have interfered in the sport.

The DR Congo national will meet Sports Minister Isaac Asiamah in Zurich on Tuesday alongside the General Secretary of the Ghana FA over the formation of a five-man committee to run the game in the country.

The Sports Minister requested a meeting with FIFA last week, seeking a meeting and an approval over the government's decision to set up its own committee to run football in Ghana.

But FIFA responded by saying the Ghana FA cannot be excluded from the meeting insisting the General Secretary of a representative of the federation must be available for a meeting with the minister in Zurich.

FIFA is already unhappy over government's decision to dissolve the Ghana Football Association which the world governing body expects must be free from governmental control.

The decision to appoint a five-man committee has also widened the rift with FIFA insisting that elected football officials must be made to run the game and not people appointed by government.

Mosengo-Omba is a close ally of FIFA chief Gianni Infantino.