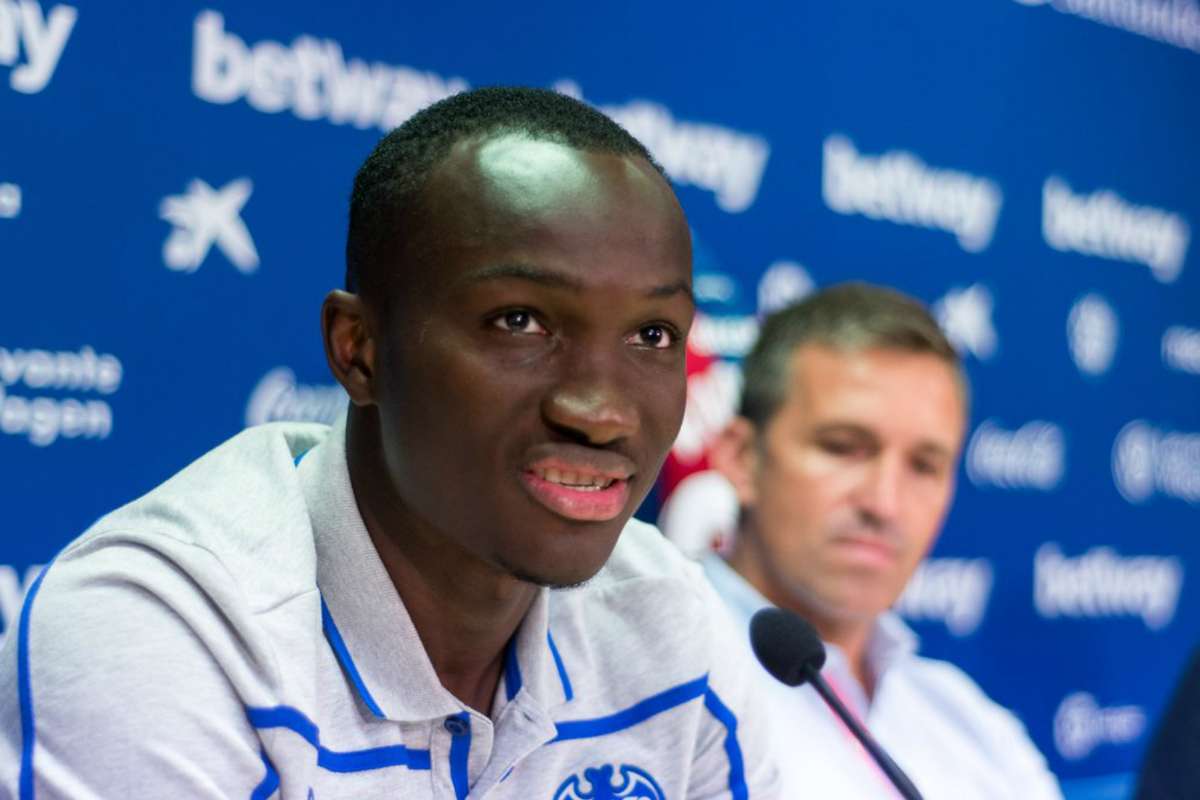 Ghana international Raphael Dwamena has moved closer to a transfer to Danish second-tier side Velje BK in the ongoing transfer window, GHANASoccernet.com can exclusively report.

The 24-year-old was ruled out of action indefinitely after being diagnosed with a pulmonary condition last year.

The condition causes an irregular and fast heart rate and can result in dizziness, shortness of breath and tiredness.

Dwamena went under the knife in January, 2020 and had a (Implantable Automatic Defibrillator) implanted in his heart.

He returned to training two months ago after he was given the green light by the doctors.

GHANASoccernet.com exclusively reported earlier today that the former Austria Lustenau frontman could get back his footballing career back on track in Denmark this summer.

The Danish government has a favourable stance on players with Implantable Automatic Defibrillator (DAI).

According to a grapevine source, the Ghana international is edging closer to a loan switch to Danish second division outfit Velje BK.

He is identified by club’s coach Constantin Gâlcă as the player to lead their promotion charge next term.

The left-footed striker will hope to recapture the form he exhibited during his short loan spell at Spanish Segunda side Real Zaragoza before his unfortunate health condition should he put pen to paper with De Røde.

It will be recalled that in August 2017, his then club FC Zürich had agreed a £10 million fee with English Premier League club Brighton & Hove Albion for the transfer of Dwamena.

He was set to join Brighton subject to passing a medical, obtaining a work permit and international clearance, however, the deal fell through after Dwamena reportedly failed his medical due to a heart condition. He instead, remained an FC Zürich player.

At the time, FC Zürich maintained that the deviation detected “has been judged as being neither harmful to health nor compromising the performance of a top athlete”.

He later joined La Liga side Levante UD in August 2018 before he was loaned out to Real Zaragoza last summer.