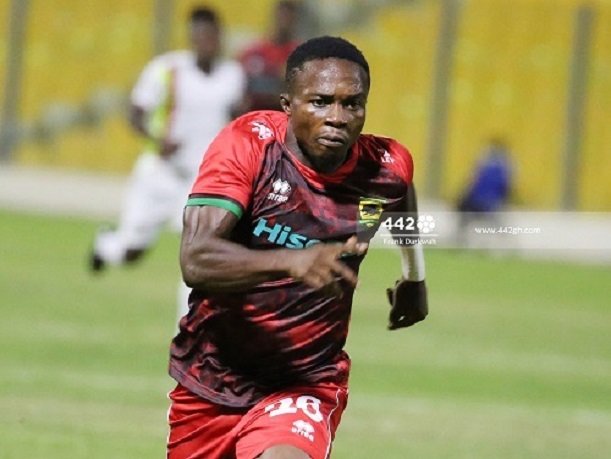 The 28-year-old is expected to leave Ghana for Ethiopia in the coming days to undergo his medical examination and sign his contract afterwards.

Okrah will put pen to paper on a one-year deal with an option to extend after the 2021/2022 campaign.

The winger is currently unattached after he left the Porcupine Warriors after his contract expired in July this year.

Okrah made 17 appearances for Kotoko in the Ghana Premier League last season where he scored once and provided three assists in the process.

Sidama are desperate to clinch the Ethiopian Premier League title next season to secure a place in the CAF Champions League.

Okrah will the second Ghanaian player to join Sidama ahead of the new season after central defender Yakubu Mohammed.

The former Al Merreikh SC and Al Hilal Omdurman player has already signed a pre-contract with the Tigers.

Okrah has previously played for Bechem United where he ended up as top scorer of the Ghana League and also had stints with BK Hacken, Smouha SC and Indian club NorthEast United.