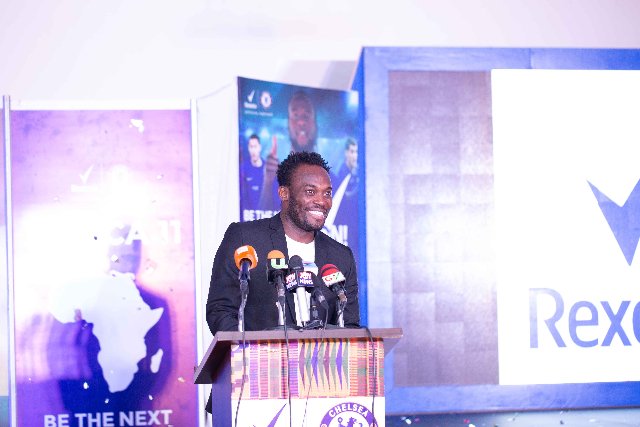 The Chelsea legend is taking steps towards a career in management by receiving his badge and there are already odds on sites like Bet365 on how teams under the midfielder would perform once he starts his coaching career.

The B licence means the 35-year-old can now begin the process of venturing into football management at a certain level.

If the former Real Madrid and AC Milan midfielder want to exchange the boots with suits, he must now go on to complete the pro licence.

"I do urge most of my colleagues to go into coaching. I felt very happy after Michael Essien told me he has obtained his UEFA B license. I was really delighted to hear that because some of my teammates are 'shy' to be on the touch-line but I believe such steps can help develop our football very well,” Kingston told GHANASoccernet.com

"People like myself, Michael, John Paintsil and my brother Richard (Kingston) will help the game grow because we are going to apply the experience we acquired during our active playing days, so for me I always urge them to venture into coaching."

Essien’s current qualification makes him eligible to manage in the Ghana Premier League, but will have to obtain his Pro License before dreaming of managing in the English top-tier league.

Essien, who is the ambassador for Rexona Be The Next Champion, is currently without a club after parting ways with Indonesian side Persib Bandung.

He was released by the club before the commencement of the upcoming season, having spent a year-and-half in the Indonesian topflight.