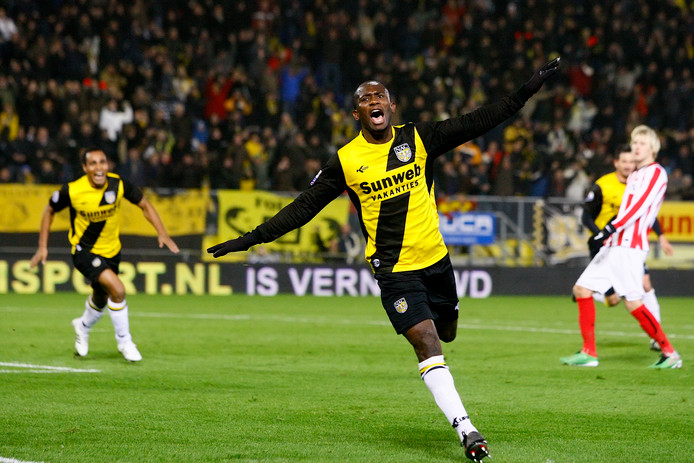 Matthew Amoah played 44 matches for the Black Stars of Ghana

Ex-Ghana striker Matthew Amoah has been named as one of the coaches for the youth side of his former Dutch club NAC Breda, Ghana's leading football news outfit, Ghanasoccernet.com can exclusively reveal.

The 37-year-old, who was a key part of Ghana's first World Cup qualification in 2006, was handed his appointment letter to the youth side of NAC Breda on Wednesday night.

Even though he had already started work with the youth side over the past few days, he will officially begin his appointment on Saturday, 1st September 2018.

Amoah will from this season mainly focus on the attackers of the U19 side of NAC Breda and he will also spend some time training some of the younger talents at the club.

The Ghanaian, who shared the same locker room at NAC with the current manager of youth team Tim Gilissen, has the ambition to get his papers and later work as a full time youth coach.

Amoah is currently undergoing courses with the Dutch federation KNVB and hopes to get his trainers' papers to be one of the full youth coaches as the club he honed his career.

In addition to his duties at NAC, Amoah will continue to assist amateur side Baronie O13 where he played for a year after his active career.