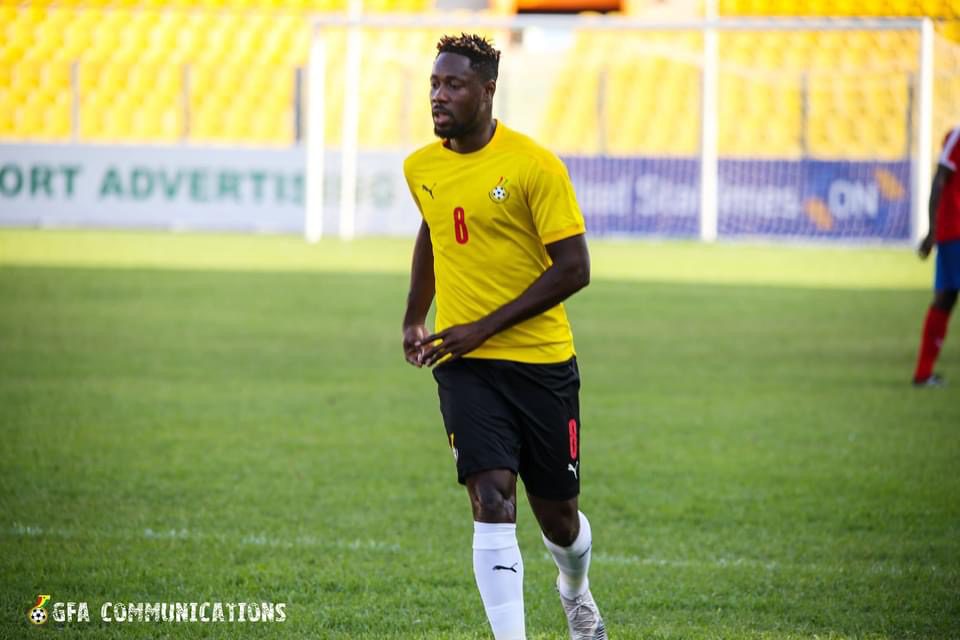 The 29-year-old centre-forward joins Al Akhdar on a free transfer after leaving Greek side PAS Lamia earlier this month on a mutual termination.

Al Akhdar who will be competing in the CAF Confederation Cup group stage for the very first time will be counting on the experienced striker to make a meaningful impact.

Boakye signed for Lamia in August last year after his stint with Israeli Premier League outfit Beitar Jerusalem came to an end. He managed just a goal in 8 games whiles in Greece.

Boakye scored 6 times and provided two assists in 26 appearances for Jerusalem when he joined after leaving Polish side Gornik Zabrze.

The former Ghana U20 star had an outstanding career at Red Star Belgrade before joining Gornik in February 2019.

At Red Star, Boakye scored 60 goals in over 100 appearances and also provided 12 assists across the period.

The former Juventus and Atalanta player has previously had loan spells at Roda JC, US Sassuolo, Elche CF, Latina Calcio amongst others.

Boakye made a €5.5 million move from Red Star to Chinese club Jianing Suning in February 2018 before returning to the Serbian club for a second spell after just six months.

He has 7 goals in 19 matches for the Black Stars since making his debut in August 2012.