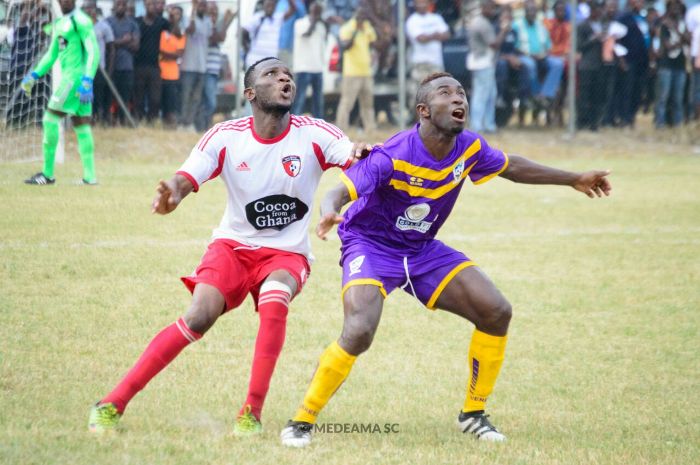 Bernard Ofori (in Mauve) during a Premier League match against WAFA

He was expected to rejoin his former club Medeama after terminating his contract with Zambian side Zanaco FC.

But he has opted to join the Fire Club after failing to reach agreement with the Mauve and Yellows.

Prior to his departure from Ghana, he bagged eight goals for Medeama in the 2016/17 Ghana Premier League season.