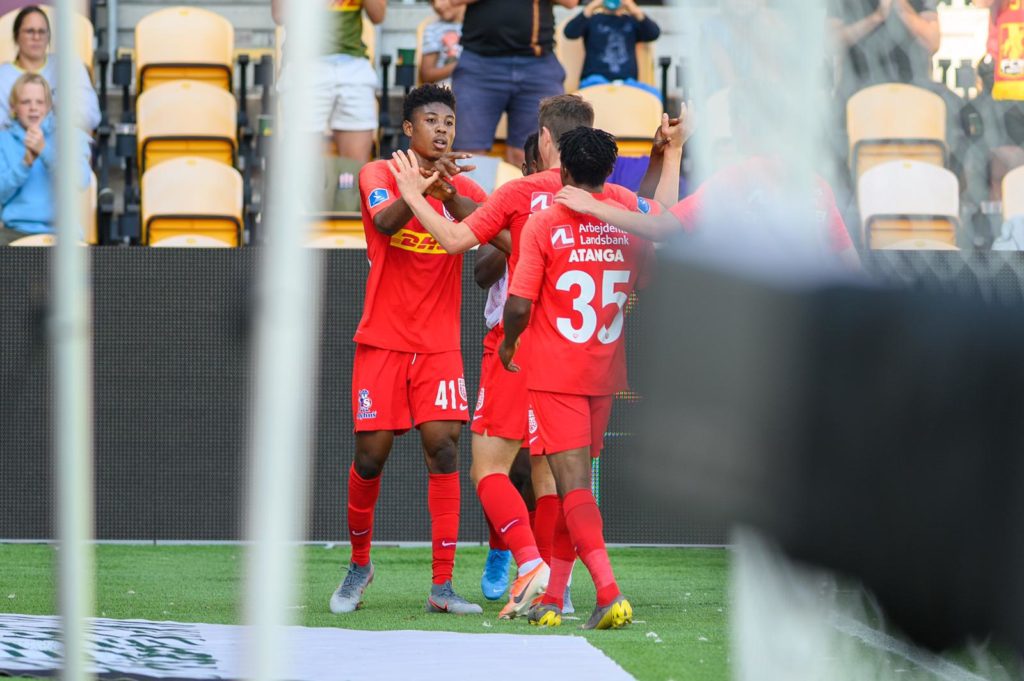 Ghanaian youth player Francis Abu has told GHANAsoccernet.com that he wants to make more senior team appearances for Danish side Nordsjaelland  in the league this season

In an interview with Ghana’s football leading website GHANAsoccernet.com Abu told the site of his experience in the league this season as he has quickly adapted to life abroad since joining the team in July 2019

“I joined the team this July from Right to Dream Academy in Ghana. It was very difficult for me when I arrived due to the weather and particularly the food”

Nordsjaelland is turning out to be a safe haven for Ghanaian youth players such as  Clinton Antwi, Mohammed Kudus, Isaac Atanga and Ibrahim Sadiq, Francis Abu, Godsway and others