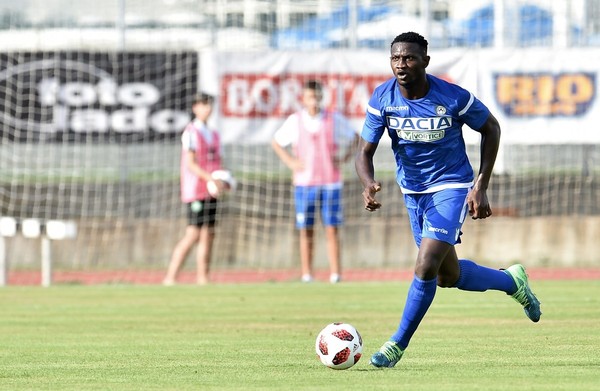 French Ligue 1 side Amiens SC have opened discussions with Udinese over a loan move for defender Nicholas Opoku, GHANAsoccernet.com can exclusively report.

The Ghana international has not been consistent since joining the Italian side from Tunisian giants Club African in 2018.

The 22-year-old rearguard has been sparingly used by Zebrette gaffer Luca Gotti and his predecessor Igor Tudor.

Amiens have made the Ghana international a top winter target as they aim to bolster their defensive line in their desperate attempt to avoid relegation.

The Unicorns — who are sitting 18th on the French Ligue 1 standings — were interested in snapping up the centre-back in the summer but could not reach agreement.

Report reaching GHANAsoccernet.com says that, Luka Elsner’s side have began negotiations with Udinese over a loan deal for the Ghana international with the option to purchase for €3.5 million in the summer.

Amiens are hoping to tie the deal before their next league game against Stade Brestois on Saturday.

Opoku played the entire duration for Udinese during their Wednesday’s 4-0 loss against Juventus in the Coppa Italia.

The former Berekum Chelsea player has made 10 appearances in all competitions for the club.

He has a contract with the Estadio Friuli outfit until 2022.