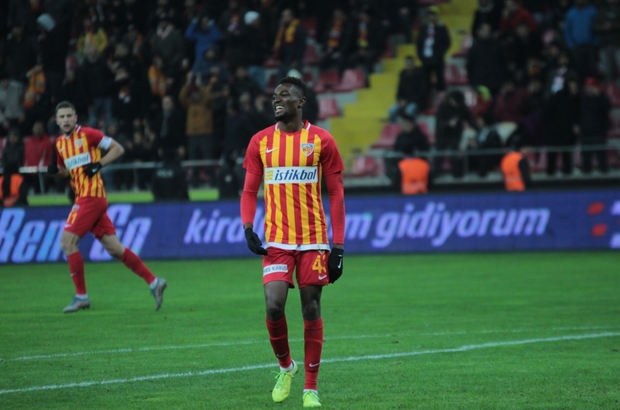 Mensah has reiterated his desire to leave the Anatolian Star outfit after growing frustrated over the lack of financial entitlement.

The 25-year-old joined Kayserispor on a three-year deal in the summer but the financial situation of the club has muddied waters.

The attacking midfielder has been linked with all the big clubs in Turkey after declaring his wish to leave the Blood and Gold lads.

Mensah has been left out of their squad for the Saturday’s game against Alanyaspor due to indiscipline behavior.

The treatment meted out to him is reported to have fueled suggestions that he could be sold in the ongoing transfer window.

Reports gathered by GHANAsoccernet.com indicate that, Galatasaray are ready to take advantage of the situation by offering €2 million plus Jimmy Durmaz and Emre Tasdemir to Kayserispor in exchange for the arrival of Ghana international.

Last year, Besiktas offered Kayserispor the same deal but with a €3.5 million cash but was rejected by the club.

Mensah registered 4 assists in 13 games for Kayserispor during the first half of the season.