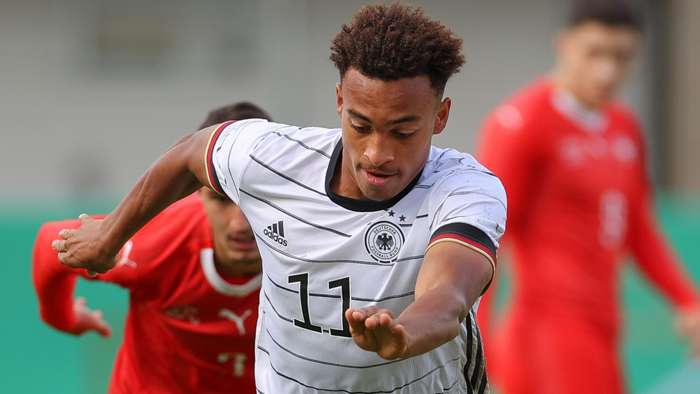 The 19-year-old, who plays for Bundesliga 2 side Greuther Furth,  was a surprised inclusion in a 23-man squad for the double header against the Falcons of Jediane by Ghana coach Charles "CK" Akonnor.

But GHANAsoccernet.com can report that the youngster, who can also operate effectively on the wings, has declined the invitation over nationality doubt and family complications.

The forward fears he could be tie permanently to the West African giants, meaning any potential future plans to switch to the German national team will be complicated.

Leweling has told his trusted agent and parents, he's unwilling to travel to his father's country's of birth as he remains unsure about switching allegiance to Ghana.

He is caught between a rock and a hard place as he also fancies the German national team, having featured for the youth teams.

"The boy (Jamie Leweling) can't honour the call up because it will be very complicated if he wants to switch back to represent Germany in any category of the national team if things don't go well for him with Ghana,"a source told GHANAsoccernet.com

"Jamie won't come to Ghana because after further explanation of issues surrounding his call-up, he has decided not to play for Ghana now due to several complications which are both sporting and personal."

The youngster want to continue his progression with the German after featuring for the U-19 and 20 levels.

Regarded as one of the future youngsters of German football, he has featured six times for the Kleeblatts this season and assisted once, appearing from the substitution bench in four of those games for the Fürth based team.

If he pulls out of the match, he may become the second player with Columbus Crew unwilling to release Harrison Afful.