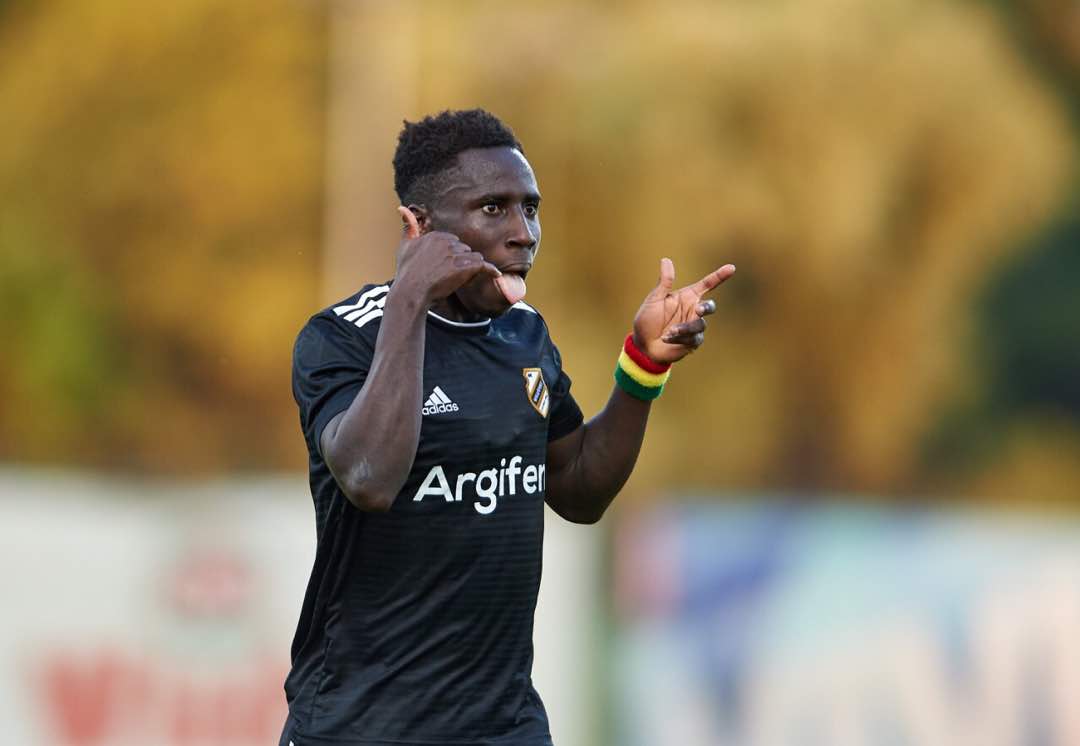 The 23-year-old, who plays for Serbian side Čukarički, has emerged strongly on the radar of the Bundesliga outfit after an explosive season in the European country.

GHANAsoccernet.com can report that the speedster has impressed numerous scouts with his performances this season for the Serbian outfit.

Dortmund have monitored the progress of the Ghanaian, who has scored seven goals and provided 10 assists- more than any player in the Serbian SuperLiga this season.

Dortmund boss  Lucien Favre has identified the huge prospect as one of the emerging faces for next season, GHANAsoccernet.com can report.

The hugely talented Ghanaian is sought after with FC Basel, FC Cologne and FC Metz amongst clubs who have recently scouted him.

Spanish side Valencia are said to fancy him and could represent a great future sell on a high value.

Owusu, who previously played for model Ghanaian second-tier Vision FC, helped Čukarički to secure qualification to the Europa play-offs after drawing 1-1 at Mladost at the weekend.

He has bettered that output with 7 goals and 10 assists- more than any player in the Serbian top-flight this term.

Owusu is a high-energy and quick footballer who can take the ball past opposing defenders with seeming ease.

The Ghanaian sensation has been a dynamic presence for Čukarički over the past two seasons.