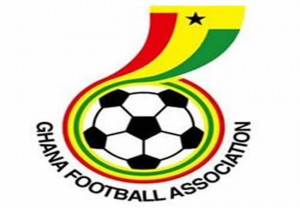 GHALCA have hatched a plan to boycott the FA's Gala competition over paltry appearance fee, barely two weeks before the start of the knockout competition, GHANAsoccernet.com can exclusively reveal.

Officials of the club's umbrella body are seething with anger after being told they will pocket only $2,000 as appearance.

They say the amount is woefully inadequate amid claims of a $100,000 injection into the competition by Pay TV channel Star Times.

The 16 Premier League clubs are unhappy about the figure and have held secret meetings with GHALCA's top brass to pull plugs on the competition.

GHANAsoccernet.com can reveal that several closed-door meetings have taken place over the matter with over 12 Premier League chairmen signing an accord to withdraw from the competition until clarity is brought on the ensuing episode.

StarTimes, which recently acquired the media rights for the Ghana Premier League, are reported to have pumped $100,000 into the two-day competition.

But curiously the 16 clubs will only get a fraction of the amount, leading to several suspicions and conspiracy theories.

The lack of seeming transparency in the imminent disbursement of the amount is turning heads, Ghana's leading football website, GHANAsoccernet.com has been told.

Top officials of the Premier League clubs are tight-lipped on the raging internal controversy as it threatens the FA's mini competition scheduled for Kumasi.

The Gala competition is expected to take place at the Baba Yara stadium between January 28-29.

It will involve all 16 Ghana Premier League clubs with 20 minutes each half.

This will welcome the new Ghana Premier League season which is set to kick off on 4th February, 2017.

The last Gala competition was held in 2001 with Asante Kotoko being the winners.