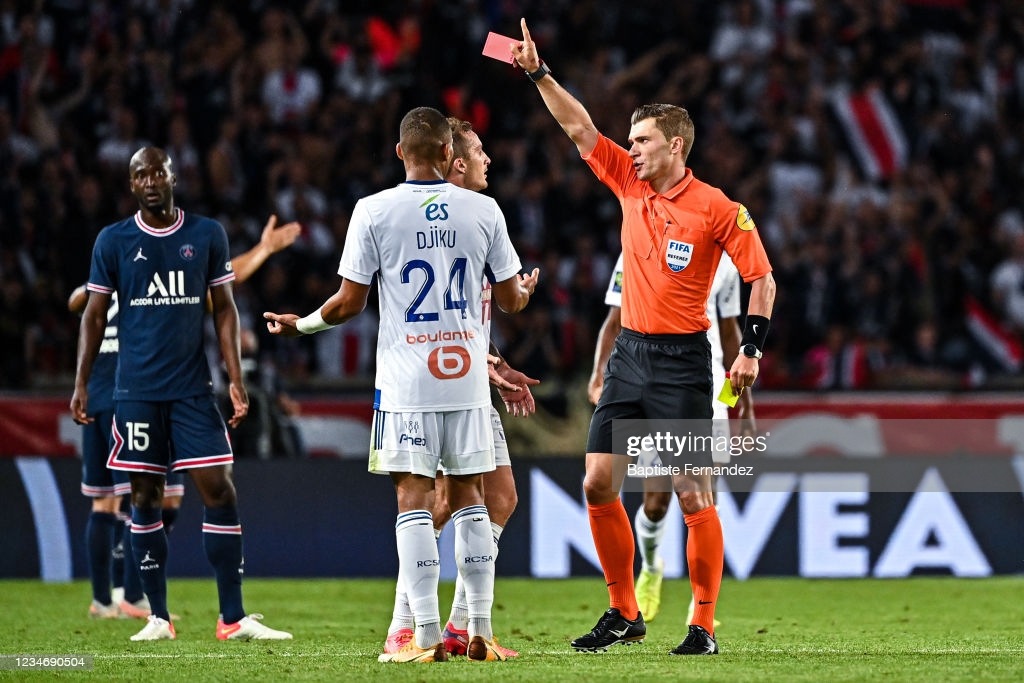 Ghana defender, Alexander Djiku is the most aggressive player in Europe's top five leagues after nine matches in the French Ligue 1, GHANASoccernet.com can exclusively report.

The 27-year-old has been cautioned the most despite the league being in its early stages.

Alexander Djiku has received four yellow cards and was sent off in Strasbourg's game against Paris Saint Germain last month.

Despite his splendid performances for Strasbourg, the defender is quick to attract a card in a game.

He was also cautioned in Ghana's 3-1 win over Zimbabwe on Saturday in the FIFA 2022 World Cup qualifier.

The French-born center back is currently with the Black Stars in Harare as the team prepares to play the Warriors on Tuesday, October 12, 2021.