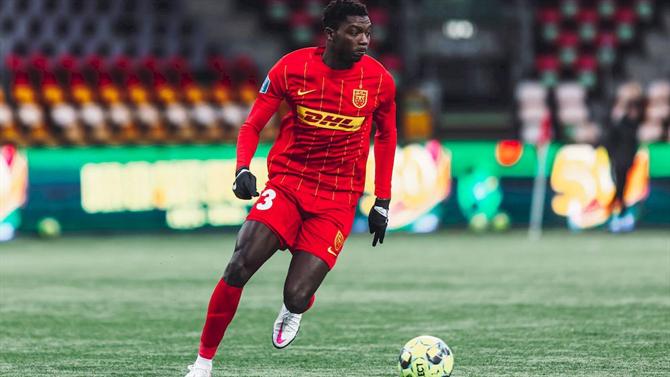 Ghanaian talented defender Maxwell Woledzi will join Portuguese top-flight side Vitoria Guimaraes next week if he passes a medical, Ghanasoccernet.com can exclusively reveal.

The 20-year-old has been a long time target for the top-flight side following his heroics with the Danish club Nordsjaelland for the past two seasons.

The two clubs reached an agreement on Sunday morning over the transfer terms and have reached a deal for the player to move to Guimaraes.

The financial details of the deal was not revealed but is good enough to massively improve the fortunes of the uncompromising centre-back.

Woledzi, who was recently handed his debut Ghana national team call-up for the Asian friendlies against Japan and Chile, will travel to Portugal next week to seal the deal.

He will sign a permanent contract with the club if he passes the mandatory medical.

Woledzi will be part of the first team's pre-season training camp.

Mumin was able to command a starting place at the Portuguese side and the Woledzi will be hoping for the same playing opportunities.

The Nima-born defender trained at the Right to Dream Academy in Ghana before he was transfered to Nordsjaelland two seasons ago.