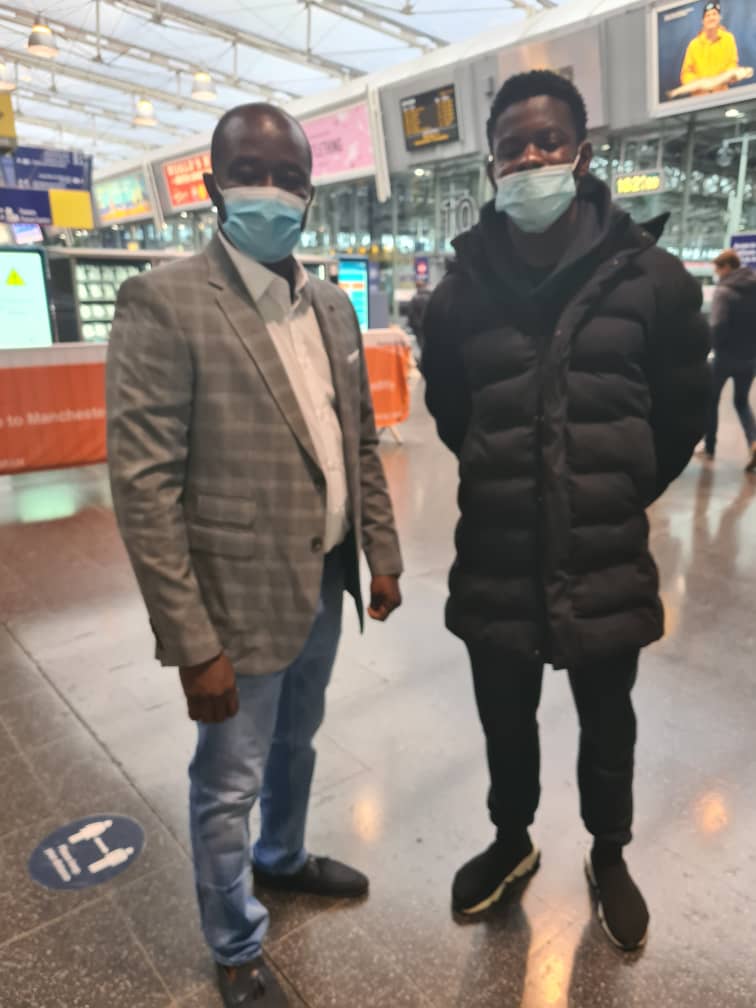 The 18-year-old, who plays for Rochdale in the English League One, had a meeting with GFA representatives led by President Kurt Okraku last month (picture above) as they wooed the third tier player to play for Ghana.

This is part of the aggresive programme being embarked upon by the GFA to convince all of Ghana's talented players who were born abroad to play for the country.

Baah, a speedy winger with amazing dribbling ability and pace, came on the radar of the GFA following a wide monitoring of players of Ghanaian descent.

The midfielder, who is good with both legs and plays for third tiers side Rochdale in England, was part of the players who would be convined with the support of their parents to get them to play for the West African country.

As part of the plan, some high ranking officials of the GFA visited England and met some of the players and their parents to convince them at a time England coaches had not noticed their prospects.

Baah's family and the youngster had agreed for the Horb-en-Neckar-born player to play for Ghana.

It is believed that the GFA had made strong strides and good impression on Baah's family because of the respectful approach. 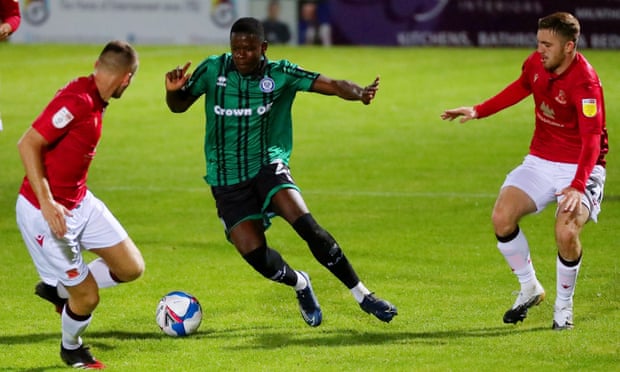 Kwadwo Baah in action for Rochdale against Morecambe this season. He has been referred to by his manager as a ‘special talent’.
The winger, born in Germany to Ghanaian parents but raised in South Norwood in London, is eligible to play for several countries including England and Germany.

The youngster was described by Rochdale manager Brian Barry-Murphy as a “special talent” after an inspirational performance in the 5-0 thrashing of Wigan four months ago.

Even before the youngster could get his first invite to play for Ghana, the England handlers moved to get him to play for their U19s by calling him up in their recent squad named just five days ago.

Baah is in the England U19 squad together with Liverpool youngster Jarell Quansah who has also been targeted by the GFA.

Playing for the England U19 will not prevent the talented youngster from playing for Ghana because of the FIFA eligiblity rules that will permit him to switch to play for the Black Stars.

But the attempt to woo him shows that the GFA is on a working campaign to get all players eligible to play for Ghana to commit to the Black Stars at a time when they have not been noticed by the European national teams.

Baah is among the several young players of Ghanaian descent in Europe who have been pencilled down by the Ghana federation for monitoring and possible invitation to the Black Stars.

Several Ghanaian youngsters have been excelling in various leagues and at various levels and it is now part of the plans to get the talented players to commit to the West African country even before they gain prominence globally.

Ghana has been battling top European countries like England, Germany, Spain and Italy as well as USA and Canada to get players of Ghanaian descent to switch nationality to play for the Black Stars.

The recent invite of fourth tier player Kwame Poku of Colchester drew some criticisms but the move to engage them before they become top stars is the trump card the Ghana FA can use attract the foreign-born players.

The attempt to get the player to switch to play for Ghana when they have arrived at the big stage has not help in their efforts as most of the players would have by then attracted interest from the European countries.

In a bid to stem that, the GFA has decided on a plan to engage the players from when they are undiscovered youngsters to commit and play for Ghana before the Europeans take notice of them.

Please watch the highlights of the Ghanaian youngster Kwadwo Baah below: