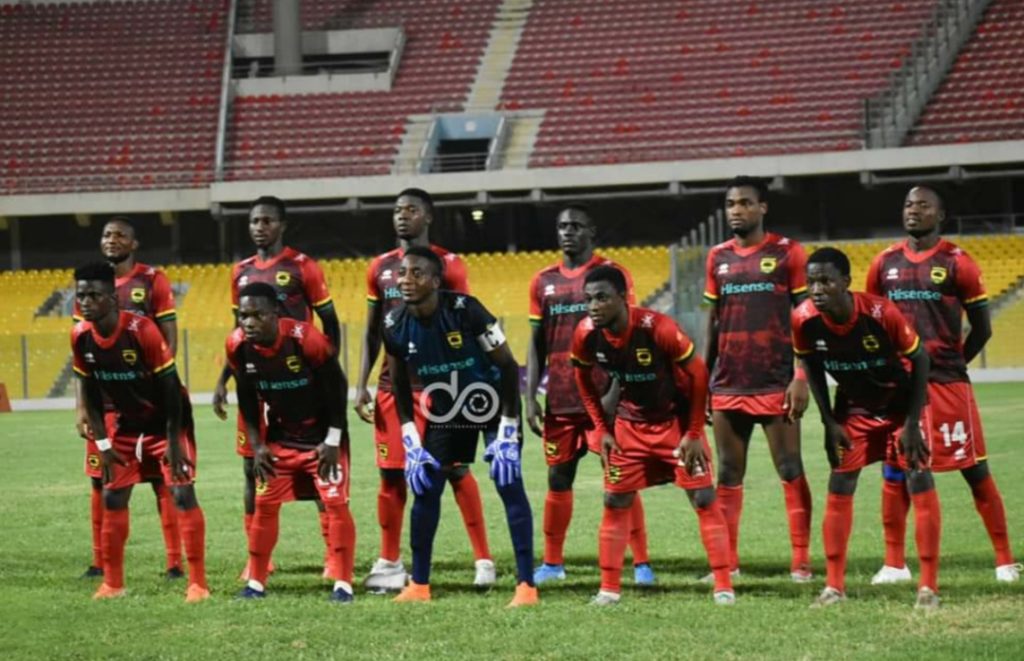 The governing body want to avoid a chaotic scenario and will rebuff the request to change the venue from the Accra Sports Stadium to the Aliu Mahama Stadium in Tamale.

The Porcupine Warriors requested a change of venue over claims of fixture congestion but the attempt to move their home venue to the Northern region will be declined, GHANAsoccernet.com has been told.

Sources say the Football Association want to avoid a situation where it will open the floodgate for clubs to unduly ask for change of venue in the course of the season - an allowing Kotoko to change their home venue could prove counter-productive.

Clubs have budgeted for the season - meaning allowing Kotoko to move up north will have financial implication and burden the opposing teams, it has been suggested to GHANAsoccernet.com.

The Porcupine Warriors insist it want to ease the pressure in the capital with as many as FIVE teams honouring their home matches at the facility.

Kotoko also feel the Aliu Mahama stadium could be put to good use after being rendered a "white elephant" since Real Tamale United got relegated in 2011.

However, Kotoko could be set for a showdown with the governing body if the request if finally rejected this week, GHANAsoccernet.com understands.

The FA want clubs to stick to their home matches chosen before the start of the 2020-21 season.

As many as five Premier League teams - Hearts of Oak, Asante Kotoko, Legon Cities, Great Olympics and Inter Allies share the facility in Accra as the home venue in the ongoing 2020-21 campaign.

With the Confederation of African Football (CAF) yet to approve the Aliu Mahama stadium for continental matches, the record Ghana Premier League champions are still bent on playing the return leg of the Champions League preliminary round against Mauritanian side FC Nouadhibou on Sunday.

"We have written to the GFA on the change of venue. There is so much pressure on the facility. We have Hearts of Oak, Great Olympics, Inter Allies, Legon Cities and Kotoko using the same facility," Kotoko spokesperson Moses Antwi Benefo told GHANAsoccernet.com

"The situation has brought a lot of pressure to the facility.  CAF sent an inspection team to check out the Tamale sports stadium and approved it as our second home venue.

"The Ghana FA boss has been preaching about bringing back the love and creating wealth for all. We are also helping to spread the love across the length and breadth of this country.

"It will also help several of our fans up north."

The Ghanaian giants have also notified the Confederation of African Football about the change of venue after it initially chose the Aliu Mahama stadium as their second home venue in the continental championship.

But there are major issues to be addressed. Production costs to be borne by the broadcast holders StarTimes will skyrocket if the its approved.

The local powerhouse were aware of the availability of the Ali Mahama Stadium, yet opted for the capital, thereby making their latest claim untenable and difficult to comprehend.

Kotoko are expected to get a full-time residential camping in Tamale as they seek to make  the Aliu Mahama stadium their own for the remaining matches in the top-flight and Africa sojourn.

The Porcupine Warriors will have to deal with the humid conditions in Tamale which is relatively hot and will be difficult ground for visiting teams.

It also affords fans in the Northern Region to get a feel of the Premier League with rivals Hearts of Oak and city rivals King Faisal expected to travel up north for their home fixtures.

Kotoko, the most adored club in the West African nation, have a huge fan base in Tamale and could serve as the game changer in their early struggles in the Premier League.

They drew 1-1 with Techiman Eleven Wonders in Accra and drew same at Berekum Chelsea before playing out a similar 1-1 at Mauritanian side FC Nouadhibou on Sunday.

The last time Kotoko played at the Tamale stadium was a 3-1 resounding success over sworn rivals Hearts of Oak in the FA Cup final in 2017.