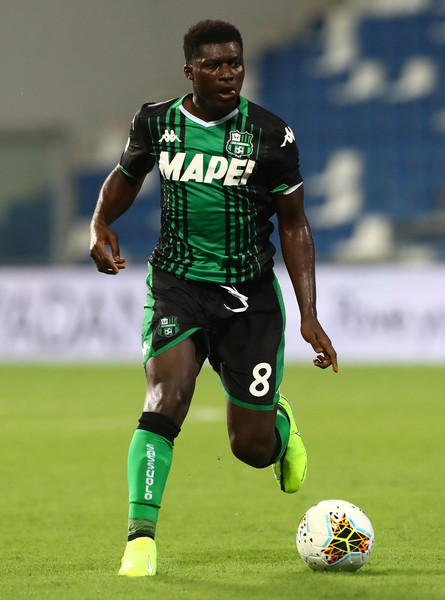 Ghana and US Sassuolo midfielder Alfred Duncan is on the verge of signing for Fiorentina, GHANAsoccernet.com can exclusively report.

Duncan has been on the radar of La Viola since the opening of the transfer window after AC Milan failed in their attempt to sign the former Inter academy product.

GHANAsoccernet.com reported last week that the deal has been stalled due to the Artemio Franchi Stadium outfit's reluctance to pay his €20 million buy-out clause.

Fiorentina presented an offer of €13 million to Sassuolo, but it was rebuffed by the Sassuolo who were holding out for more money for their prized asset.

However, reports coming in from the camp of the Neroverdi suggest that the 26-year-old will complete the move today (Wednesday).

He is reported to readying up to undergo a mandatory medical test before putting pen to paper.

Duncan is currently nursing an injury which could rule him out of Sunday’s league game against Sampdoria.

He has provided 5 assists and scored 1 goal in 13 games for the club this term.