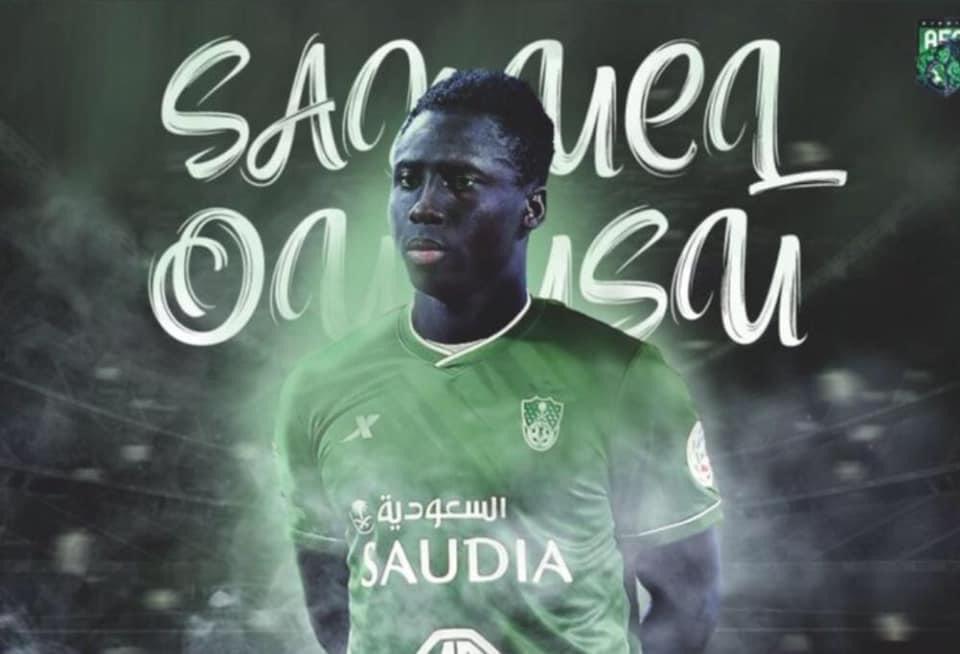 Saudi Arabian giants Al Ahli have completed the signing of talented Ghana international midfielder Samuel Owusu until the end of the season, Ghanasoccernet.com can exclusively reveal.

The 24-year-old signed a one-year loan deal with the top-flight side on Sunday after negotiations picked up following days of delays over the terms of agreement.

Al-Fayha were reluctant to released their most important player because they were seeking a bigger loan transfer amount but a deal was reached on Sunday afternoon.

Owusu will move to one of the top sides in Saudi Arabia immediately and Al Ahli will have the first right of signing the player permanently when the deal expires.

The move ends weeks of talks between Al Fahya and Al Ahli over the player who took the Saudi top-flight by storm after just one season at the club with impressive performances.

The new deal will massively improve his earnings as Al Ahli are seeking to challenge for the title this season and they targeted Owusu to aid that campaign.

He moved to Turkey's Ginklerberg before returning to the Serbian League to sign with Kocaeli in 2017, where he scored 11 goals and provided 12 assists in 71 matches.

The Ghanaian joined the ranks of Al-Fayhaa during the summer 2019 transfer period, and his contract with the club ends in June 2022.