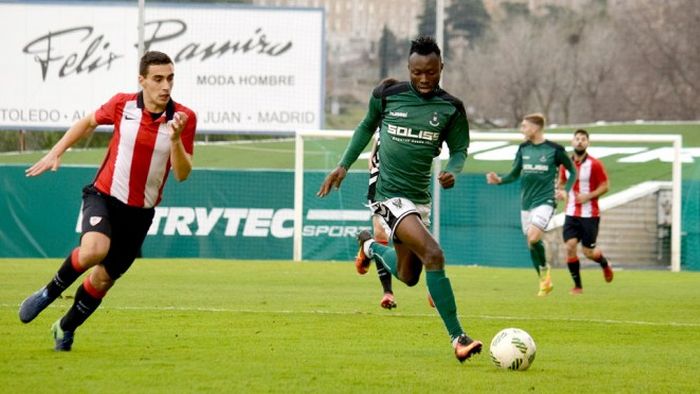 The 22-year-old has joined Azerbaijani side Qarabag on a three-year deal after falling out with the  side.

While it has been rumoured that the frosty relationship between the player and his parent club left to his departure, GHANAsoccernet.com can report that the Ghanaian was owed several.

Despite the non-payment of his entitlement, the Ghanaian wanted to continue playing for the  Blanquiverde, it has emerged.

But the player's frosty relationship with Cordoba coach Raúl Agné meant his stay at the club was untenable.

"After talking to the club and the coach, the coaching staff looked forward to my departure so they could bring in their own players." the Ghanaian said.