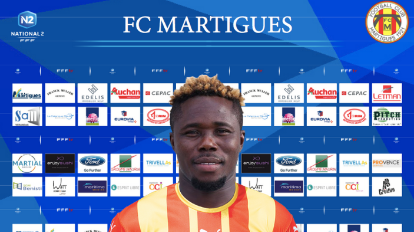 Mensah joins the third-tier outfit from Armenian Premier League side FC Lori Vanadzor as a free-agent.

The defensive stalwart was impressive while on loan at fellow Armenian club Gandzasar Kapan, playing 14 matches before the season was halted due to the coronavirus crisis.

He is the second signing for FC Martigues after French youngster Mathis Baude.

The Ghanaian can also be effective as a central midfielder.

Mensah, who graduated from Cheetah FC, moved to Armenian to join Lori Vanadzor during the 2017/18 season.