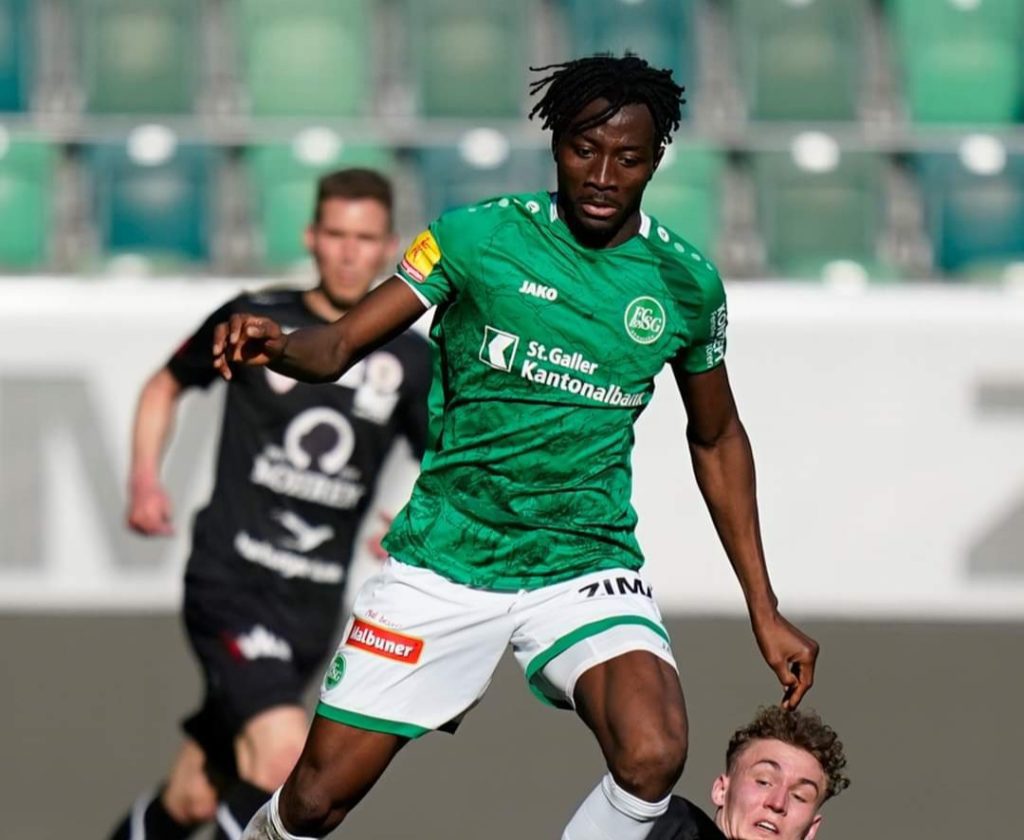 Ghanaian defender Musah Nuhu has been sent on loan to Finnish League leaders KuPS on a short-term loan deal, GHANAsoccernet.com can exclusively confirm.

Nuhu is leaving Swiss Super League side FC St Gallen to Finland until the end of November where the Finnish Veikkausliiga would have ended.

KuPS have an option to make the deal permanent when the loan spell expires. The two teams have agreed not to disclose further details of the transfer transaction.

The 25-year-old centre-back has a contract with St. Gallen until the end of the 2023-24 season after signing new deal in June.

Nuhu joined St. Gallen on a season-long loan from WAFA SC in August 2018. After the successful loan spell, he was signed on in a permanent deal.

The former Ghana U23 defender has played 39 competitive matches for the St. Gallen first team where he scored once and assisted once.

KuPS have been drawn against Swiss giants Young Boys in the UEFA Europa Conference League qualifications third round scheduled for August.

Nuhu's experience in the Swiss top-flight will come to bare for KuPS who are keen on progressing to the Conference League group stages this season.

KuPS are the current leaders of the Finnish Veikkausliiga with 36 points from 15 matches. They are chasing their 7th league triumph and their first since 2019.

Nuhu becomes the second Ghanaian player at KuPS after Clinton Antwi who joined from Danish Superliga side FC Nordsjaelland in January this year.