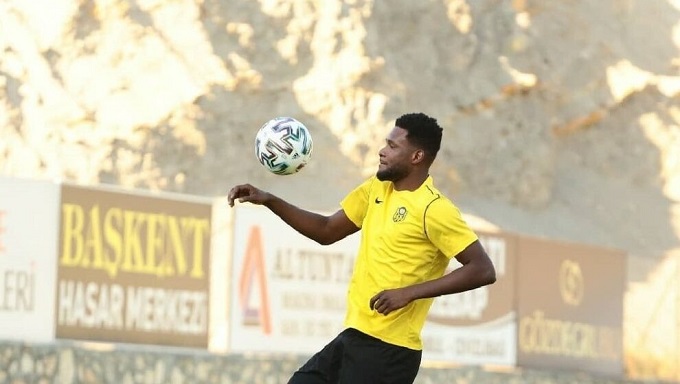 Former Ghana U-20 forward Benjamin Tetteh is close to sealing a move to Turkish club Gaziantep FK in the summer transfer window, GHANASoccernet.com can exclusively report.

The Turkish outfit are currently in negotiations with the 23-year-old's parent club Sparta Prague and both parties are set to agree on a year loan deal.

Tetteh has been new coach Erol Bulut's number one target in the transfer window following his successful campaign at rivals Yeni Malatyaspor.

Meanwhile, it is understood that Yeni Malatyaspor are interested in triggering the option of making the a permanent move.

However, as it stands Tetteh could be heading to Gazientep barring any last-minute hitch.

Tetteh has in the past been linked with English Premier League side Wolverhampton Wanderers.

He previously played for Dreams FC in Ghana, Standard Liege in Belgium, and Bohemians in Slovakia.