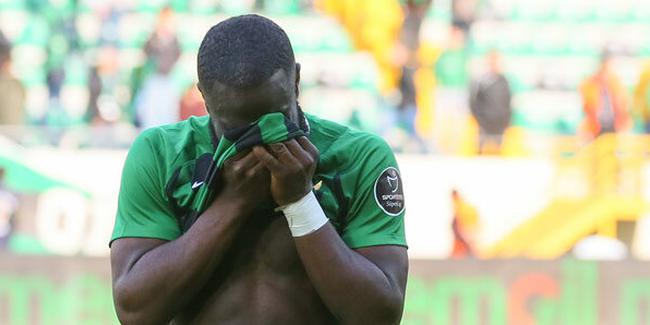 Dutch born Ghanaian forward Elvis Manu says he will not stop a move to Trabzonspor after reports emerge the Super Lig side are chasing his signature.

The striker, who had a good season with relegated side Akhisarspor has been on the radar of Trabzonspor following his magnificent form in Turkey.

Manu bagged in eight goals for Akhisarspor in the campaign, after making 32 appearances for the club.

"Trabzonspor is a great team, and I don't say no if I can transfer. I've played for Feyenoord. I know what it means to play for the big team," Manu said.

The 25 year-old previously played for English side Brighton and Hove Albion and Huddersfield Town.