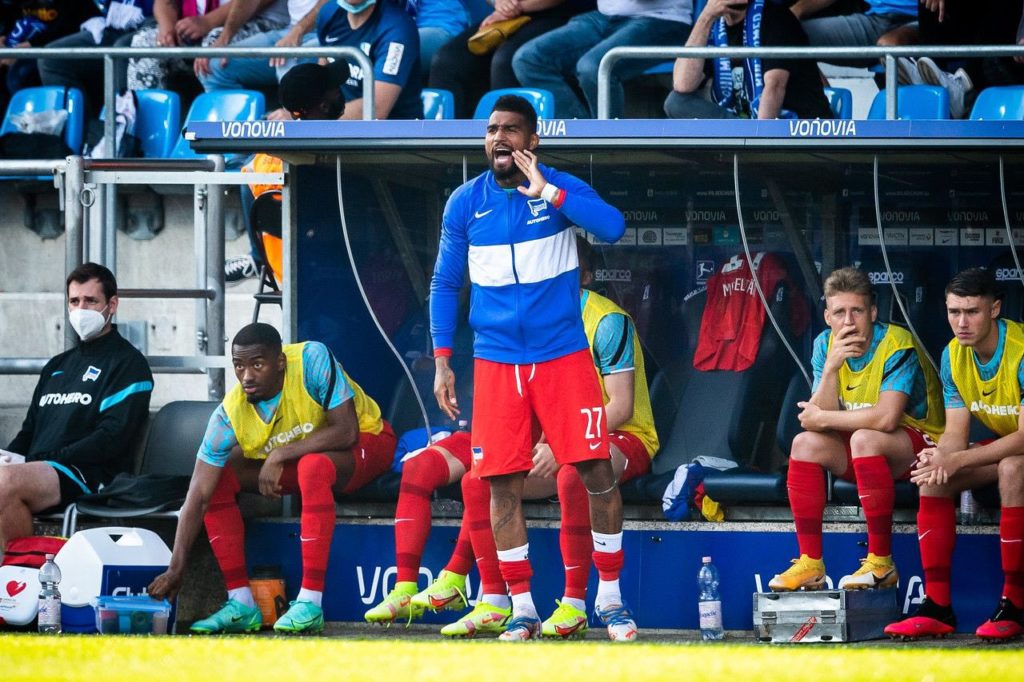 Ghanaian forward Kevin Prince-Boateng played the role of Hertha Berlin's assistant manager in their game against Bochum on Sunday, GHANASoccernet.com can exclusively report.

The 34-year-old, before coming on in the 73rd minute served as deputy coach, dishing out instructions and giving advise to players.

The attacking midfielder has not hidden his desire to venture into management after football and it looks like he has started the process already.

Meanwhile, manager Pal Dardai has praised the leadership of the Ghanaian as Hertha secured their first win of the season.

“Prince is just an incredibly great person. He helps everyone, is always available to help and advise. Everyone really listens to him. He's doing Hertha very well. But now it means for us that we will win the next victory against Fürth," said the gaffer after the game.

Boateng replaced Ishak Belfodil in the 73rd minute as Hertha Berlin traveled to beat VfL Bochum 3-1 at the Vonovia Ruhrstadion.

After three defeats in the first three matches of the season, Hertha started the game on a bright note and just before half time, a quick-fire brace from Suat Seedar gave them a two goal lead.

Bochum pulled one back after the break through Simon Zoller, but Myziano Maolida restored Berlin's two goal lead with 12 minutes remaining.

Prince-Boateng rejoined his boyhood club in the summer transfer window after leaving serie B side AC Monza.