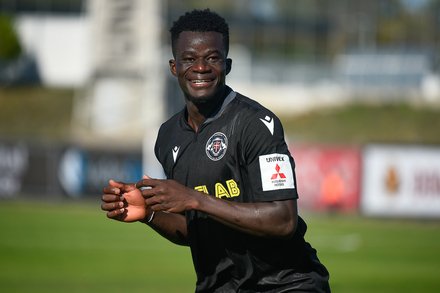 Ghanaian forward Malik Abubakari is closing in on a move to Portuguese giants FC Porto.

The 21-year-old has returned to parent club Moreirense following an impressive  loan spell at Casa Pia.

The Ghanaian has a contract with Moreirense until 2024.

However, the forward has been linked with a move to FC Porto after an impressive outing at the side.

He could become Porto B's0 reinforcement for next season with the club keen to add him to his roster.

On his Debut in Portugal, the striker, now 21, played 22 matches for the  Under-19s of Vizela.