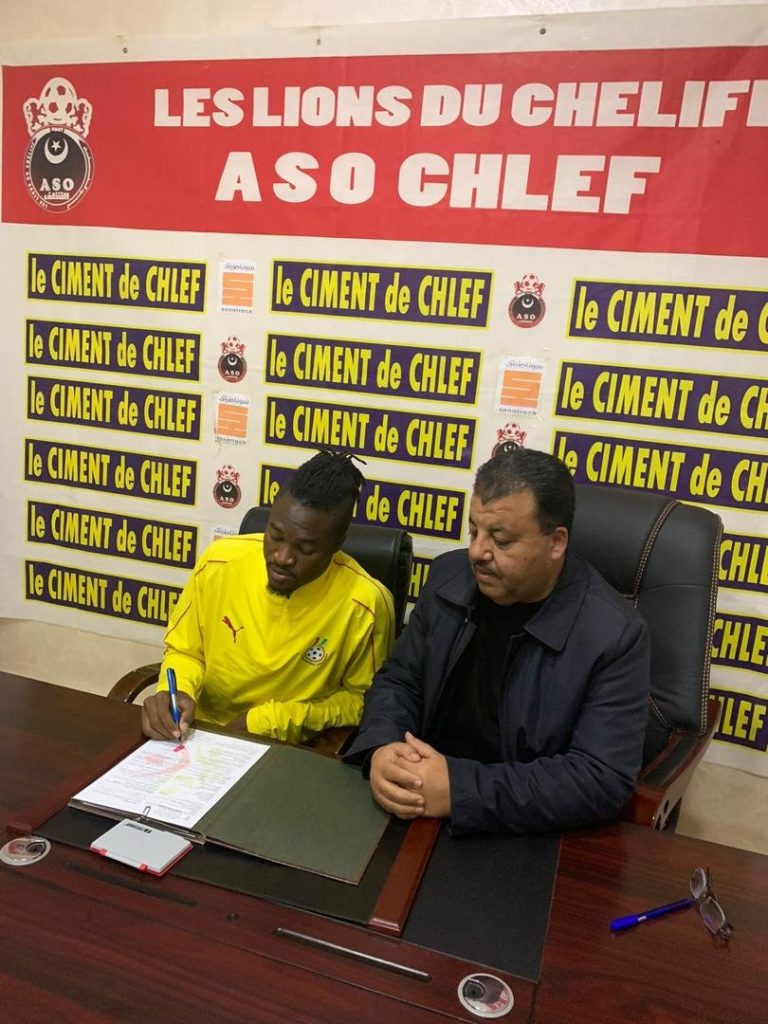 Ghanaian forward Rahim Osumanu has completed a move to Algerian top-flight side ASO Chlef on a free transfer, GHANAsoccernet.com can exclusively report.

Osumanu sealed his move to the Chlef based outfit after signing a two-and-a-half year contract on Tuesday after passing medicals.

The 24-year-old became a free agent after leaving Zambian side Mufulira Wanderers after a short stint.

Osumanu joined ZESCO United in 2008 after a scintillating campaign in the Zambian Super League with Buildcon FC, scoring 12 goals in 27 matches.

At ZESCO, Osumanu made 9 appearances in the CAF Champions League and Confederation Cup in the 2018/2019 season and netted twice in the process.

The 2011 Algerian Ligue 1 champions are currently lying 13th on the league table after with 17 points after 15 rounds.