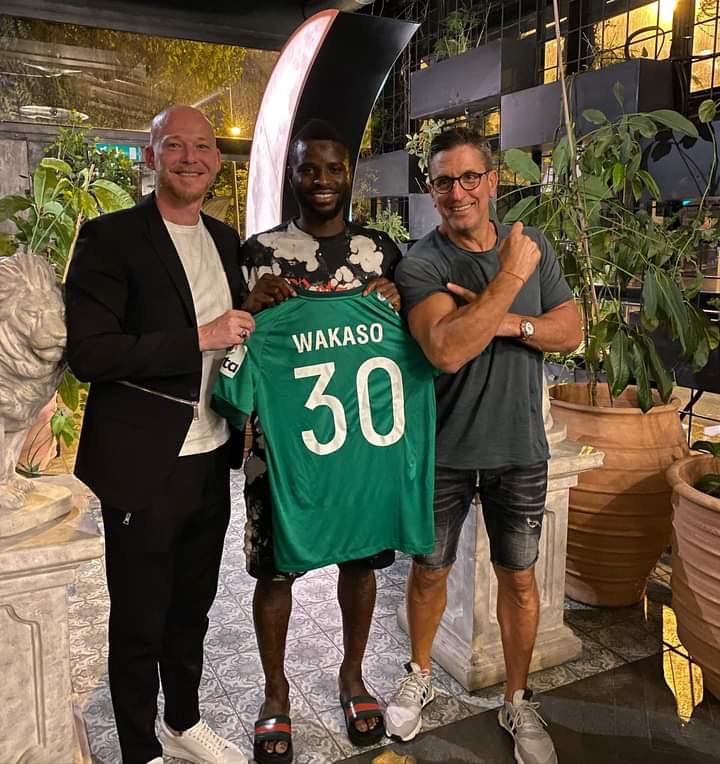 The 30-year-old leaves after making only 11 appearances for the club in the league since joining them from Vitoria Guimaraes in September 2021.

Alhassan Wakaso's time with The Green Blacks was hampered by injuries limiting him to few games.

"In particular, with the players Mania and Wakaso, whose contracts expired at the end of the current season, it was agreed to leave from now on, as they are not counted for the next season.

"As for Gustavo, who also had a contract for the new season, it was decided that a mutual consensus solution would be reached between us. We thank all 3 for their offer, and wish them all the best in the continuation of their professional careers."