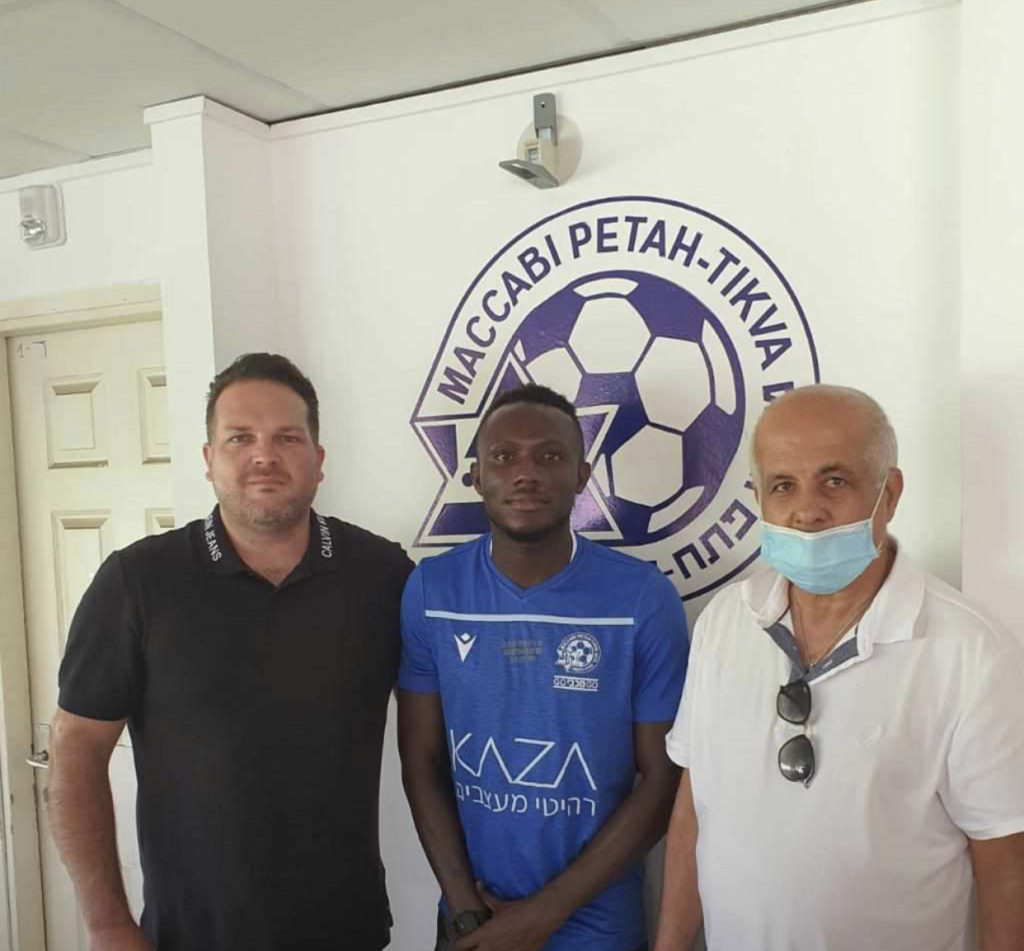 Ghanaian midfielder Elvis Sakyi has completed a move to Israeli side Maccabi Petah Tikva in the ongoing transfer market, GHANASoccernet.com can exclusively confirm.

Sakyi joins the Blue and Whites on a one-year deal with the option to extend next summer.

The 23-year-old midfielder moved to the HaMoshava Stadium as a free-agent after his contract with Maltese Premier League outfit Senglea Athletic FC expired at the end of last term.

Last year, the enterprising enforcer spent the first half of the campaign at fellow Maltese club Gzira United FC before joining Senglea Athletic FC in the January window.

He churned out 14 appearances for the club as they finished 13th on the standings.

He is expected to help Maccabi Petah Tikva move back into the Israeli second division after they were demoted to the third-tier last season.

Sakyi began his career at Ghanaian side Cheetah FC before moving to Turkish Maltepespor in 2017.