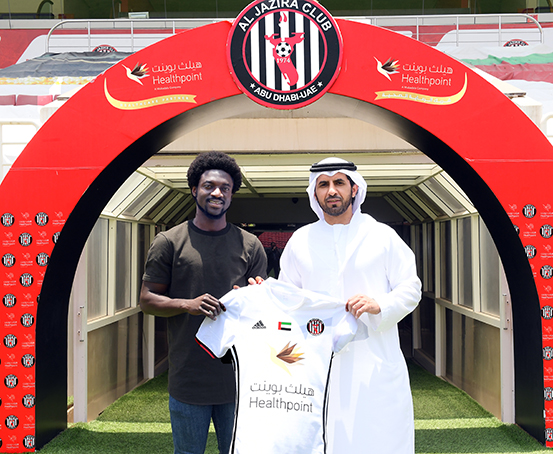 Ghanaian wing-wizard Ernest Asante has completed a move to United Arab Emirates side Al Jazira ahead of the forthcoming campaign.

The 29-year-old joined the fast-rising Danish outfit FC Nordsjælland from Norwegian side Stabæk and quickly became a mainstay in the club - scoring five in 30 games.

Asante kept up his scintillating display last term as he finished the campaign with 16 goals in 36 appearances to help the Wild Tigers qualified for the UEFA Europa League playoffs.

On Wednesday, FC Nordsjælland sports director Carsten Jensen confirmed that they have transferred the Ghanaian to UAE-based side Al Jazira ahead of the upcoming.

"Ernest has had a unique opportunity for a good change for him and as we have a good deal at the same time, we will not stand in the way of his desire to try this."

"Ernest has been an incredibly strong weapon on the pitch with his amazing speed, many goals and assist to follow. In addition, he has been a focal point for more in the squad, and we would like to thank him for his efforts in FCN, "says CV.

He will join the first football team of Al Jazira as soon as the preparation for the upcoming seasons starts.