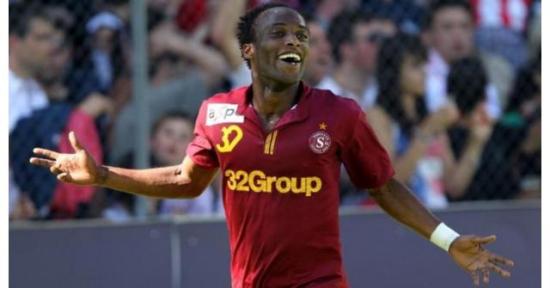 Ghanaian winger Ishmael Yartey has made his stay at Swiss club FC Sion permanent having impressed in an initial loan deal, GHANAsoccernet.com can exclusively reveal.

The 24-year-old has signed onto a four-year contract with the Reds â€“ making him the first summer signing for the Swiss giants.

Yartey arrives from French club FC Sochaux where he made a total of 24 Ligue 1 appearances in his two year stay.

The former Ghana U20 star signed with the French club in a move reportedly worth 2.5 million euros and with high hopes of making an impact in one of the top leagues in Europe.

But his lack of regular playing time forced him into a loan switch at FC Sion where he has regained his top form.

Yartey has now been rewarded for his exploits on his return to Switzerland with a permanent deal at the Stade Tourbillon.