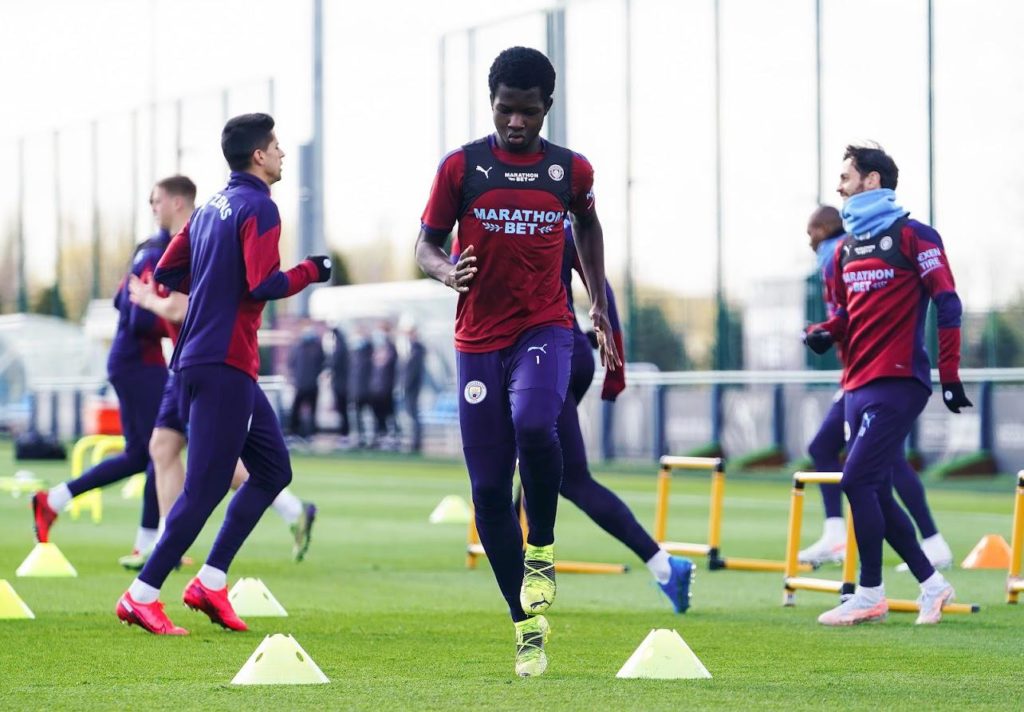 Ghanaian teenager Kwaku Oduroh trained with the Manchester City senior squad for the first time on Tuesday, marking a major breakthrough in the talented youngster's career in the English Premier League, Ghanasoccernet.com can exclusively reveal.

The uncompromising defender was part of the Pep Guardiola's first team squad as they continued with preparations ahead of their Champions League game against Dortmund.

The 18-year old has been promoted to train with the senior team from the Under-18 side following a series of impressive performances this season.

Oduroh who is also eligible to play for England has made 17 appearances for the youth team and registered two assists.

The center-back trained with senior players such as Bernardo Silva, Ikay Gundogan, Rodri and others as he hopes to make his debut.

He will be hoping to impress manager Pep Guardiola and make his debut for the Premier League title favorites.

Oduroh has progressed through the City's academy from Under-9's to the Under-18's squad, signing as a scholar in July 2019.

Primarily a right-back but also capable in holding midfield, Oduroh is a committed defensive presence.