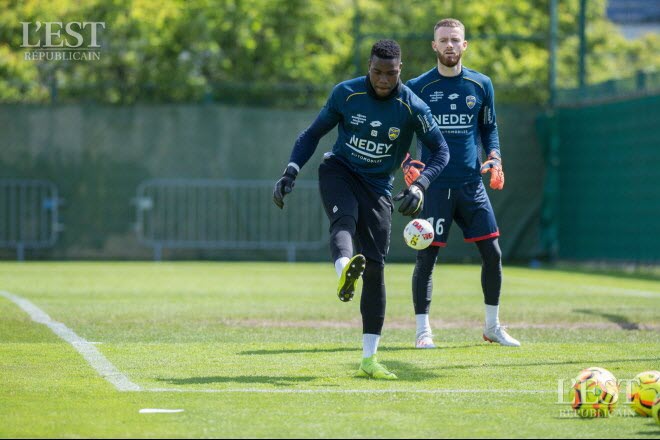 Ghana goalkeeper Lawrence Ati-Zigi is on the verge of extending his contract at French Ligue 2 side FC Sochaux-Montbéliard, GHANASoccernet.com can exclusively report.

The 22-year-old joined the Lions Cubs on a four-year deal from Austrian side Red Bull Salzburg in 2017.

Ati-Zigi spent the large part of the campaign in his two seasons on the substitute bench as captain Maxence Prévot was preferred as the number one choice.

He has however performed admirably between the sticks since taking over the goal post from the injured Prévot.

The Ghana international custodian’s superb display has convinced the club to present a contract extension to his agent — which he is expected to sign in the coming days.

He was a member of the Ghana Black Stars team that reached the Round of 16 stage at this year’s Africa Cup of Nations in Egypt.