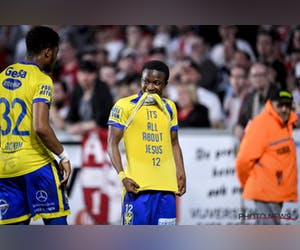 Asamoah was one of the most consistent performers for Canaries last campaign.

He was heavily mooted to leave the club this summer following his fantastic display last season.

But Sint Truiden managed to convince the attacking enforcer to stay, and have handed him a new one-year contract which he put pen to paper on Wednesday.

“Samuel Asamoah extends his contract with the Canaries", STVV communicated Wednesday evening. The Ghanaian had a contract until 2020 with an option for an extra year, but now the 25-year-old midfielder has an improvement. That is what Het Nieuwsblad write.

“Asamoah is one of the first names on the competition magazine of Marc Brys. He came into action in the seven competition matches played this season and always completed the 90 minutes.”