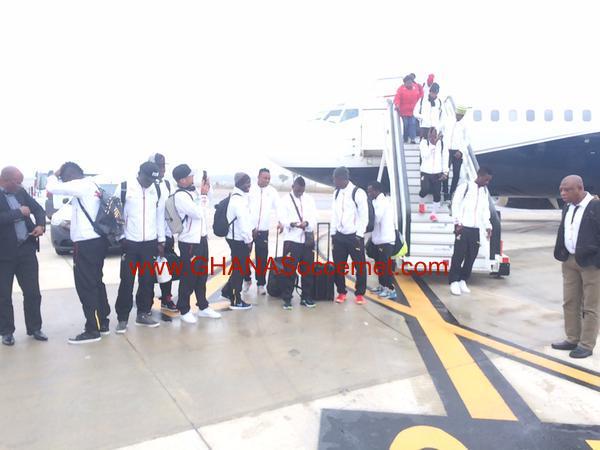 Black Stars touching down at the local airpot in Seville.
Share

A contingent of 23 players left Accra on Sunday night and will be joined by trio Andre Ayew, Jeffery Schlupp and Razak Brimah.

The Black Stars will quickly get down to training and will leave for their base in Mongomo on January 14.

Ghana coach Avram Grant will axe three players from the provisional squad for the required number of 23 players for the tournament to be hosted by Equatorial Guinea by 07 January.