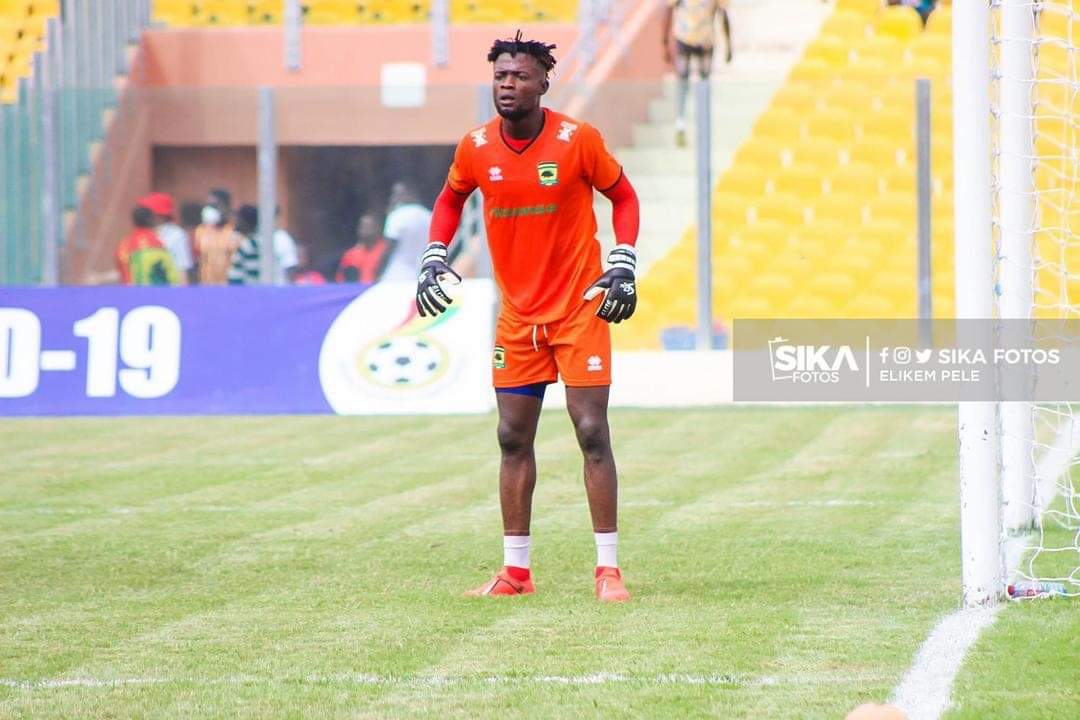 Goalkeeper Kwame Baah has agreed to sign a fresh contract with Asante Kotoko SC for the upcoming football campaign, GHANAsoccernet.com can exclusively reveal.

Baah has had his previous contract with the Porcupines expired two months ago but after some days of negotiations, he has agreed to stay at the club for a further year.

The new deal will see the former Ghana U20 and U23 goalkeeper continue to wear the Red shirt until the end of 2022-23 season.

The 24-year-old played a significant role for the Porcupine Warriors in the last season where he managed five games in total in the Ghana Premier League.

In the five matches, Baah kept three clean sheets and conceded just two goals which saw Kotoko clinch the league title for the first time after eight years of droughtiness.

Baah joined Kotoko in July 2019 from Inter Allies FC. He previously played for Heart of Lions.