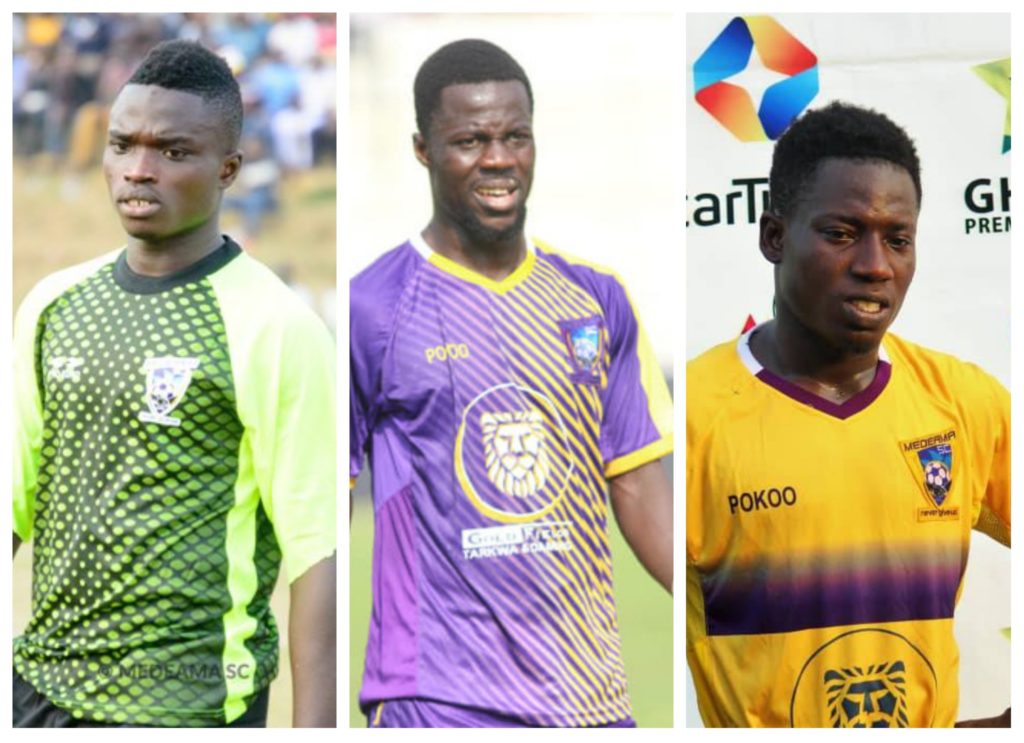 Ghana Premier League champions Hearts of Oak have formally written to Medeama SC to make enquiries about the availability of three players, GHANAsoccernet.com can confirm

The Phobians are looking to securing the services of goalkeeper Eric Ofori Antwi and midfield duo Richard Boadu and Rashid Nortey.

Hearts will be competing in the CAF Champions League and same time seek to retain the Ghanaian championship.

Antwi, 26, is a former Ghana U20 goalie with vast experience in the Ghanaian top-flight having played for Amidaus Professionals, Asante Kotoko SC and now with Medeama.

The Black Stars B shot stopper made 15 appearances in the past season, conceding 14 goals and kept 7 clean sheets.

Boadu, 23, was very instrumental for the Yellow and Mauves in the premiership where he made 24 appearances , scoring just once.

Nortey, 25, was a delight to watch in the Ghana Premier League with his silky runs and dribbling instincts.

Nortey played 29 matches for Medeama where he scored 2 goals and provided 4 assists in the process.

The highly-rated midfielder went ahead to make his debut for the Ghana national team in March 2021 against Uzbekistan.

He also featured for the Black Stars in an international friendly against Morocco on 8 June 2021.

Hearts head coach Samuel Boadu is keen on reuniting with the trio he handled during his spell at Medeama.