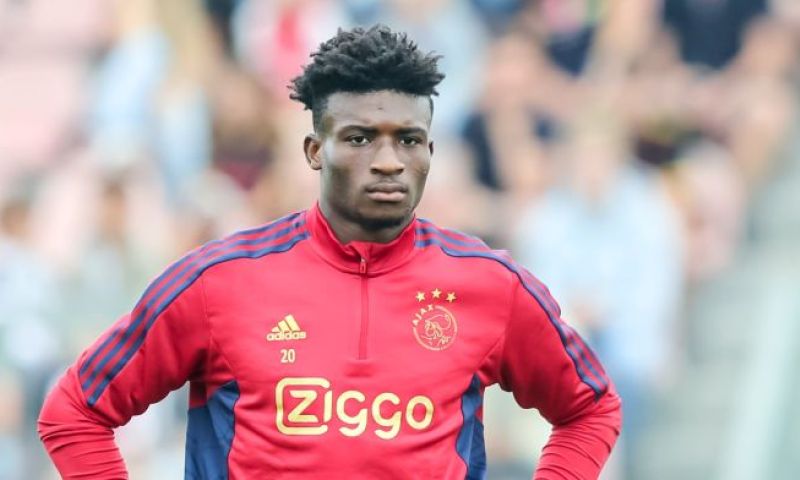 Mohammed Kudus is on the verge of joining Everton

Ghana superstar Mohammed Kudus has forced his exit from Dutch giants Ajax Amsterdam as he is just hours from joining English Premier League side Everton, Ghanasoccernet.com can reveal.

The 22-year-old is preparing to travel to Liverpool latest by Saturday morning to seal a loan move to the Toffees after telling Ajax leaders that he wants to leave the club in the hunt for regular playing time.

Sources to close the the player have told Ghana's leading football news outfit Ghanasoccernet.com that his agents met the club's bosses on Monday to demand the move away from the club.

It has been agreed that the player will be loaned to Everton with the option of a permanent purchase at the end of the season.

With the 2022 World Cup looming, Ghana's talented playmaker does not want to risk his starting place in the Black Stars squad which led to his decision to demand the move.

Kudus has been unhappy over his bench role under coach Alfred Schreuder since the start of the season despite being the club's most impressive player in the pre-season.

The utility player scored four goals in four matches for the Dutch giants in pre-season after recovering from a serious injury that blighted the blistering start to his Ajax career.

Having recovered from the injury and performed well during the pre-season, the Ghana playmaker was expecting more playing time this season but he has been consigned to the bench with substitute appearances.

With the Black Stars set to play in Qatar at the World Cup and beig a key player, Kudus insists he wants to be in the best shape to play for his country.

The Ghanaian midfielder joined Ajax from Danish side Nordsjaelland in the summer of 2020 for nine million Euros.

The attacking midfielder had a blistering start to his career at Ajax commanding first team place until injury in his opening UEFA Champions League match against Liverpool stalled his progress.

Although he is now fully fit again and excelled during the pre-season coach Schreuder has placed him on the bench.

Kudus has bluntly told the Dutch side he does not see himself as a bench warmer for another year which forced Everton boss Frank Lampard to swoop for his signature.

The personal terms for the player have been agreed with some few areas to be sorted out between Ajax and Everton.