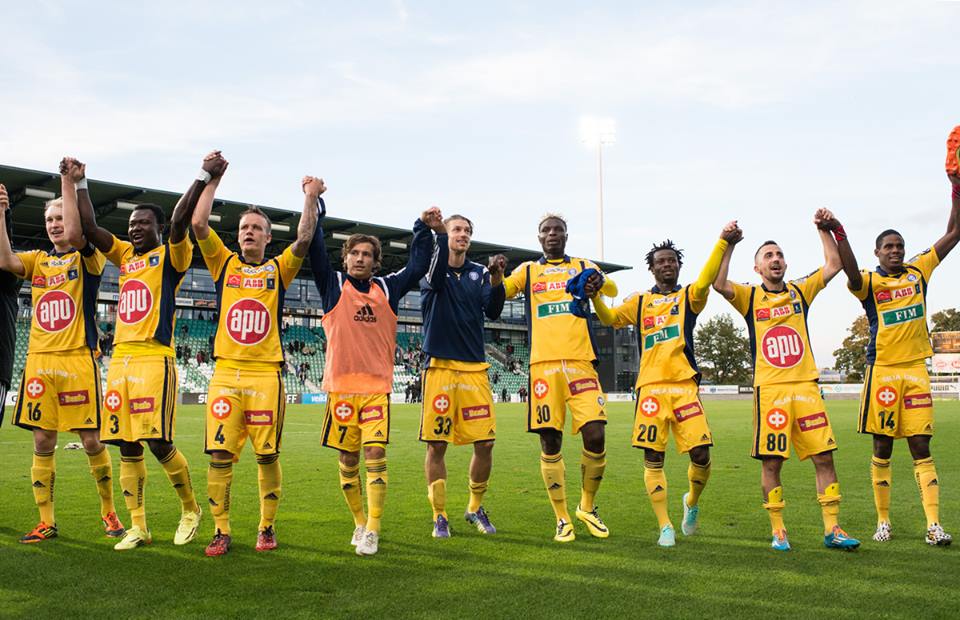 Annan, 28, along with former Asante Kotoko defender Gideon Baah become the first Ghanaians to win major silverware in the season with their league title success.

HJK Helsinki were crowned champions of theÂ Veikkausliiga despite having four games to spare. The win that helped them to this feat, their 27th league title came in a 4-1 triumph over TPS on Sunday evening.

Before Annan's introduction, HJK were drawing 1-1 with TPS but the former Schalke 04 midfielder came off the bench to tighten the midfield, allow his team-mates the freedom to surge forward and score more goals. 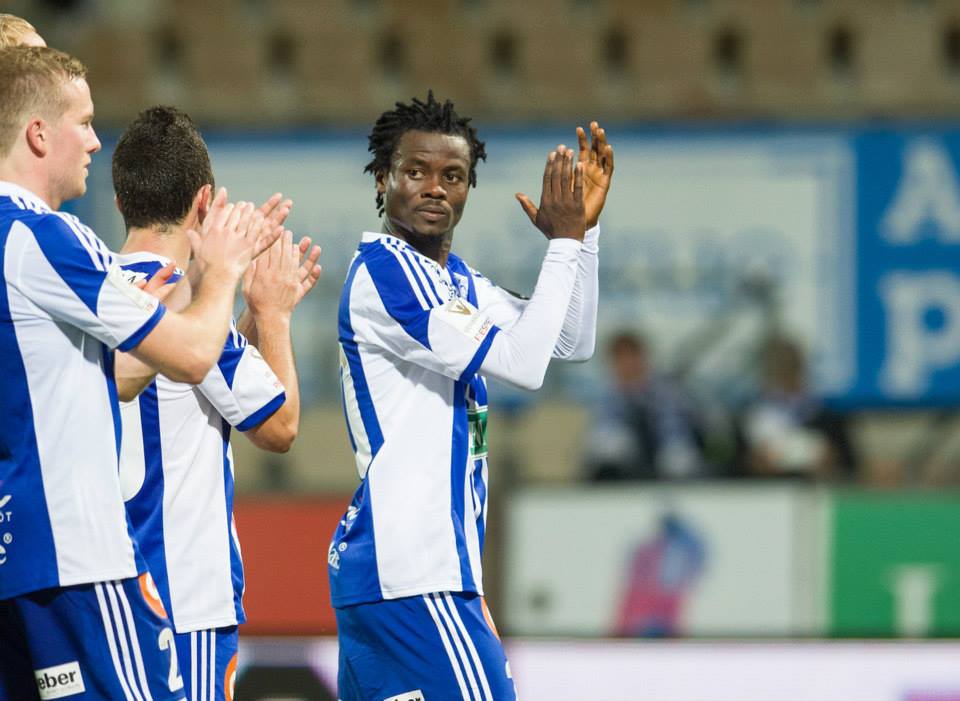 Anthony Annan is happy to win Finnish title
"I played 90 minutes on Thursday so the coach decided to rest me for Thursday's Europa league game but it got to a point I had to come in and by his grace we manage to win," he said with a smile.

Annan brings on board huge experience from Europe after having played against Real Madrid twice in the Uefa Champions League and also face other stellar clubs. But he admits playing against Belgian side Club Brugge would demand some more efforts from his team.

"Yeah I think it is going to be normal preparation just that it's Europa game so I have to put more effort as we are hosting them here in Finland."

Annan left German Bundesliga gians Schalke 04 after failing to secure regular playing time at the Veltins Arena since his move from Norwegian side Rosenborg BK. It might feel extra sweet to move from a troubled spell to an early success. The former Hearts of Oak star admits winning the league make him feel 'great'.

"I feel very great to be among the winning side but kudos to my colleagues who came this far for me and others to join." The others he talked about joining is Burkinabe international Ariste Bance. A man who tormented Ghana at the 2013 AFCON in South Africa. HJK brought on the board experienced players to propel their campaign in Europe.

It might feel great to be in the same team with some experienced players but the thought of playing along your countryman is something that makes Annan really feel at home. Annan joined HJK and Ghanaian defender Gideon Baah at the same time. Baah's influence has been crucial for the club as he started 21 league games and contributed two goals to their triumph.

"It's very great to be in the same team with your country man and the good thing is that we have won the league and that is fantastic and we are happy together." 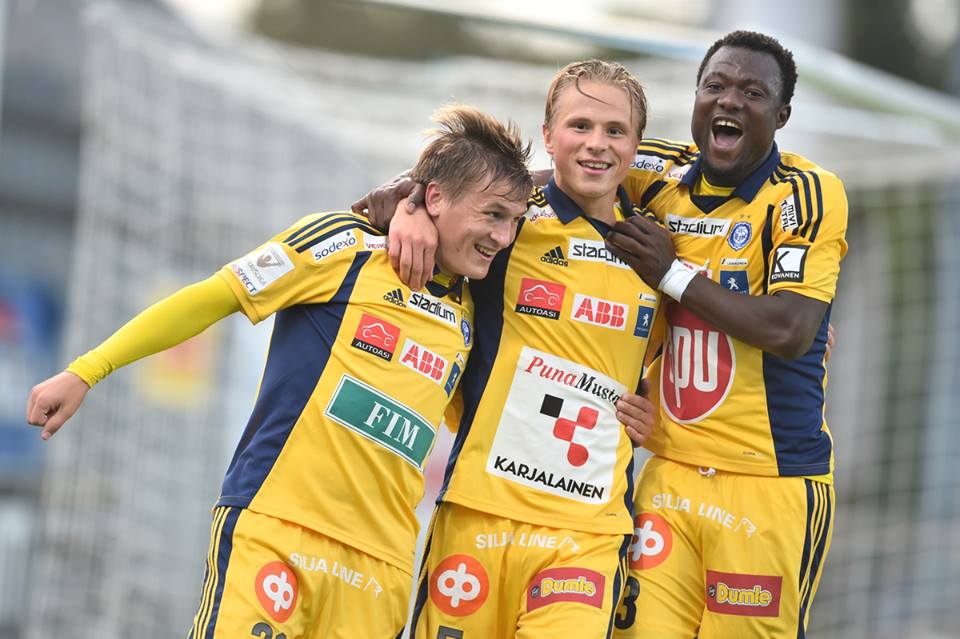 Gideon Baah, right, celebrates with his team-mates
Still on HJK's Europa League ambitions, it is expected that winning the league far in advance will free them to fully focus their attention on progressing through a group that has Danis side FC Copenhagen, Serie A's Torino and Club Brugge. Though Annan agrees, he insists the group is a tight one.

"I think we are in a difficult group in terms of the other teams their experience in the competition but we've nothing to lose we have to concentrate and be determined to win some games and we will see at the end."