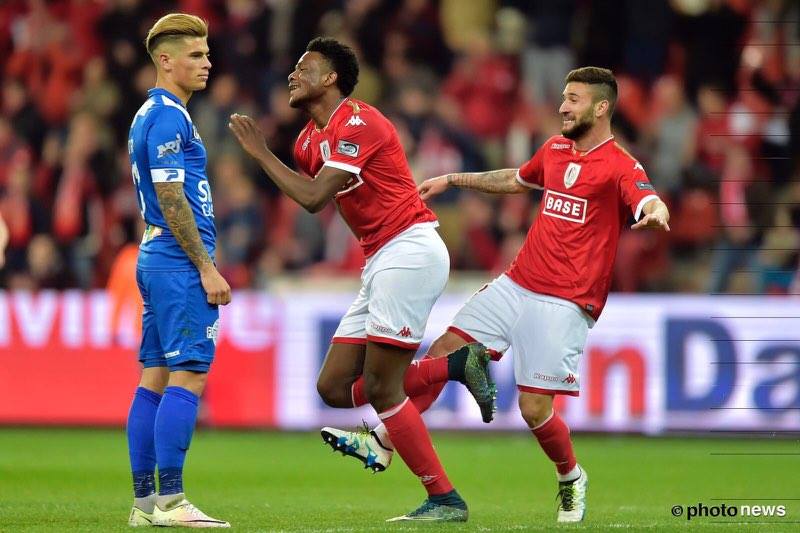 The 18-year-old wheeled away in excitement, celebrating a masterful finish to a Mathieu Dossevi glorious run from the center-line, mapping his trails with skill and artistry to turn a brilliant sculptor for the youngster's first ever top-flight goal. Tetteh coasted in wild celebration style after breathing life into the anxious 23,000 home fans watching from the stands at the Stade Maurice Dufrasne in a cold summer night.

The feeling is still crisp and the nostalgia remains refreshing. Tetteh is excited to be reminded of the moment he drilled that low drive against Koen van Langendonck's post. "It was one of the best moments for me [because it was a moment I had been] patiently waiting. [I wanted to be given the time for my chance. I was really happy [because] that was my first time playing in a stadium over 25,000 fans and they all celebrating me."

Tetteh's feel of graceful reminiscence is immediately diminished and a rather humble mood is translated into his looks when he talks about his childhood times in Ghana's Accra. The young promising striker's tone is emblemized with gratefulness as he reveals he was adopted at the tender age of TWO to pursue his career dreams under local talent hunter in Ghana.

"I started playing at a local club called Mighty Jets in Accra but before that the owner of the club - Abu Sundoko, had picked me from my parents and I stayed with him from the age of two. I played for his colts club until I was scouted by coach Opeele for the Ghana U17 national team and I was able to qualify for the justify your inclusion and there I got to know there's something I can achieve in football."

Though Ghana's U20 side failed to meet expectations at the 2015 FIFA U20 World Cup in New Zealand, Tetteh achieved international revelation status after scoring against perennial favourites Argentina at Wellington. Standard Liege's scouting team were among the numerous talent hunters present at the Westpac Stadium assessing the youngster and he was shipped to Belgium to continue his career. He recounts the unfriendly experience of staying away from family and friends in chilly new environment.

"It was difficult but with time I got used to it. How was it tough? You ain't seeing any family and friends it was always the same cycle that after training you are in the house."

But scoring a lot of goals for the second string side won him friends and he quickly melted into the squad and the adapted to his environment.

"My first season I know I can do better but the club and my manager are happy with my first season so I hope the next season will be much more better than this and with the B team if I could remember I have scored maybe 12-13 goals or more for the Team B but this second round have played just once for them."

In 2010 Standard Liege reached agreement with Real Madrid to sign Ghana defender Daniel Opare on a permanent deal. Opare grew to become a cult figure at the club, lasting four seasons with close to a century appearances and winning over 1000s of fans. And, Tetteh reveals the Augsburg defender left an impressive reputation for Ghanaian players at the club.

"The club said they know all Ghanaians are good so they were cool and happy with me when I started with the second team."

In the weekend's game  when he scored his second goal Pro League goal of the season, the youngster demonstrated an admirable courage with prodigious scoring talent, outmanoeuvring defenders and meandering his way through a forest of legs to bury his effort home was indeed a mark of a budding striker at 18.

"It's always about what I determine to do and something have been working on training with my coach so I become relaxed in the box and confident to completing the scoring process." 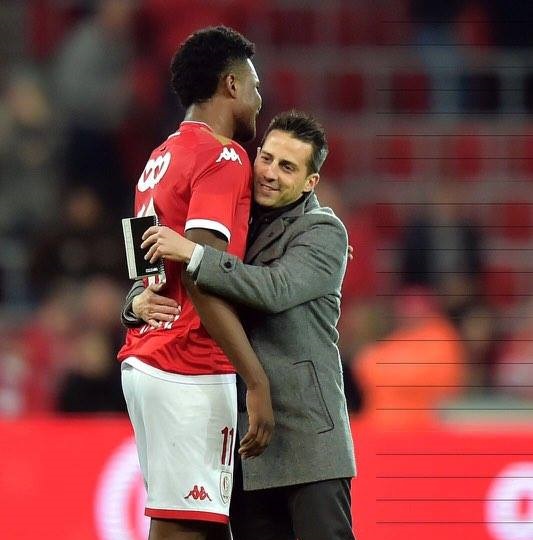 Tetteh
Trying to follow in the footsteps of a 34-year-old who believes he was born old and will die young is indeed a Sisyphean. But the charisma of the Swede legend still remains a bigger inspiration to Tetteh. "I can't look up to messi because I don't have anything like him but I have the height of Zlatan and with hard work and determination I can be like him."