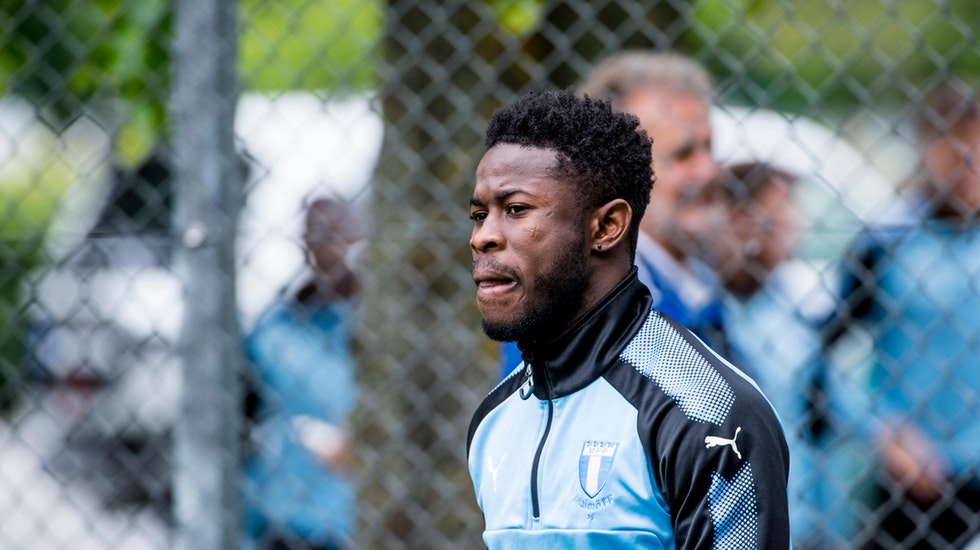 Incarcerated Malmo FF midfielder Kingsley Sarfo will serve the full term of his sentence after a Sweden Supreme Court refused to grant him an application for an appeal, GHANAsoccernet.com can exclusively report.

The 23-year-old is serving two years and eight months in prison after being found guilty of defilement in the European country.

The player's legal representative were hoping to quash the ruling of both the District and High Courts but that move has been dashed after the Supreme Court refused an application for an appeal, GHANAsoccernet.com can report.

Although he pleaded not guilty to the allegation leveled against him because he didn’t know the girl was under-aged, there were claims that the 23-year-old has been involved in several sexual activities against under-aged girls since joining Malmo FF.

In May this year, it became glaring that the Ghanaian will be convicted after a heartbreaking picture of talented Ghanaian emerged with the enforcer in handcuffs and shackles like a terrorist as he arrived in a Swedish court from prison for the start of his rape trial.

And a Malmo District Court presided over prosecutor Rikard Darell passed judgment on the former Sirius midfielder as he has been sentenced to two-years and eight month jail sentence.

He will also be deported from Sweden after serving his jail term.

However, his parent club Malmo FF has released a presser on their website that they will act on the matter when the board meets at on Monday.