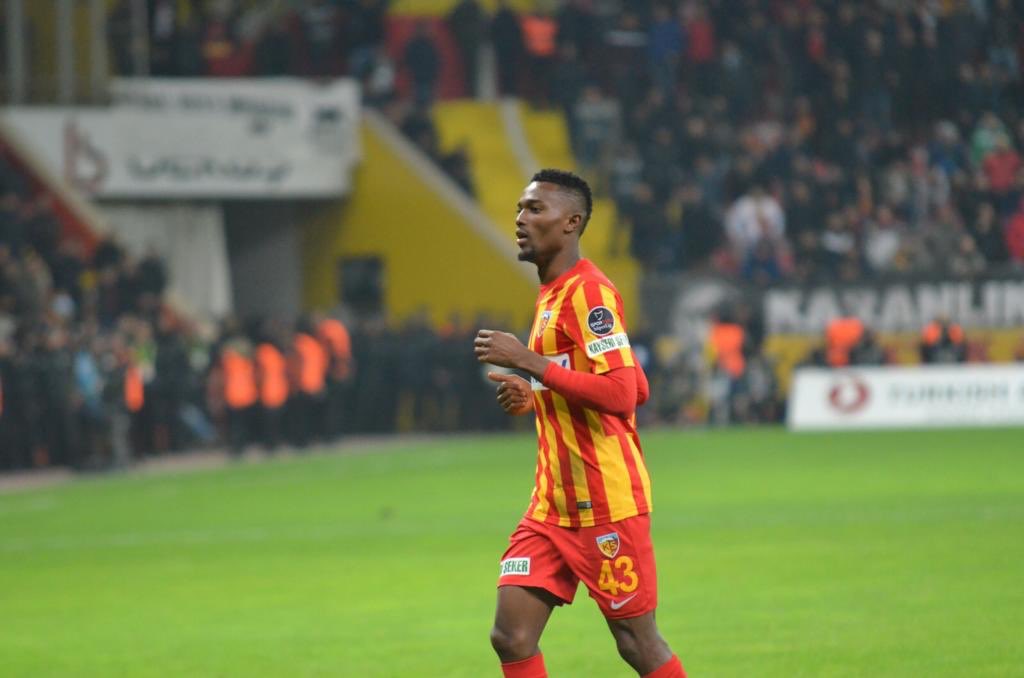 The midfielder has been on the radar of the Turkish giants ahead of the summer transfer window, with the two clubs meeting to negotiate on the players transfer.

However, after hours of meeting, both Besiktas and Kayseripor could not come to terms over a possible move for the attacking midfielder.

Besiktas were ready to add players to some cash for the former Atletico Madrid player.

But it has been revealed that Kayserispor wanted more than Basiktas were offering for Bernard Mensah.

Mensah has been a standout performer for the Red and Yellows after making a permanent switch in the summer.

His performances has seen him attract interest from other big clubs including Galatasaray, who could make a bid in January following the collapse of the move to Besiktas.