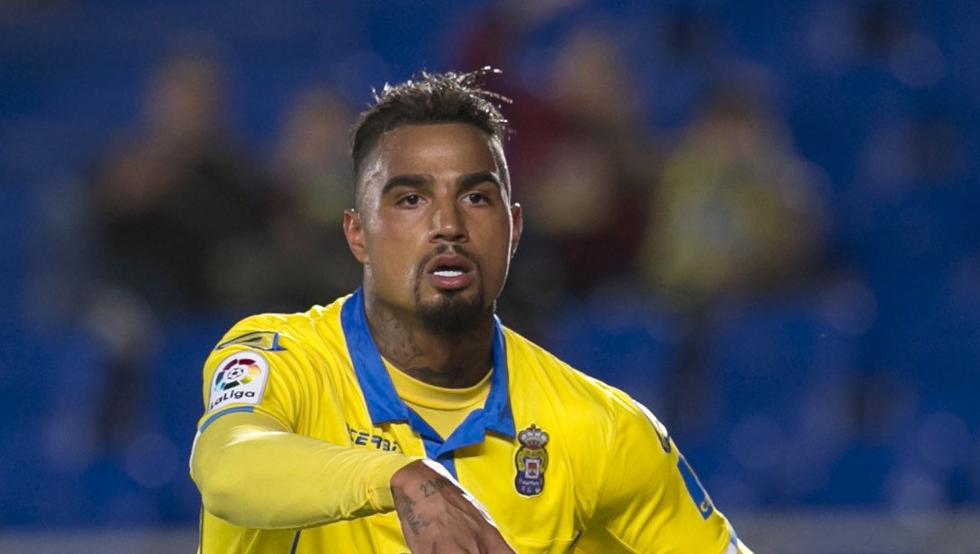 Ghanaian forward Kevin Prince Boateng has emerged on the radar of Spanish La Liga side Levante after a stellar campaign with Eintrahct Frankfurt in Germany.

Levante's new Sports Director Luis Helguera is looking forward to bring the Ghanaian back to Spain after working with him at Las Palmas.

The 30 year old joined Frankfurt from Las Palmas a season ago where he emerged top scorer of the club but returned to the country of his birth, Germany citing personal reasons.

Meanwhile, Boateng's return to Germany has been a successful one after helping Frankfurt to the DFB Pokal triumph, the first major title by the club in 33 years.

Levante ended last season 15th on the Spanish La Liga table and were the only club to beat Barcelona in the campaign.