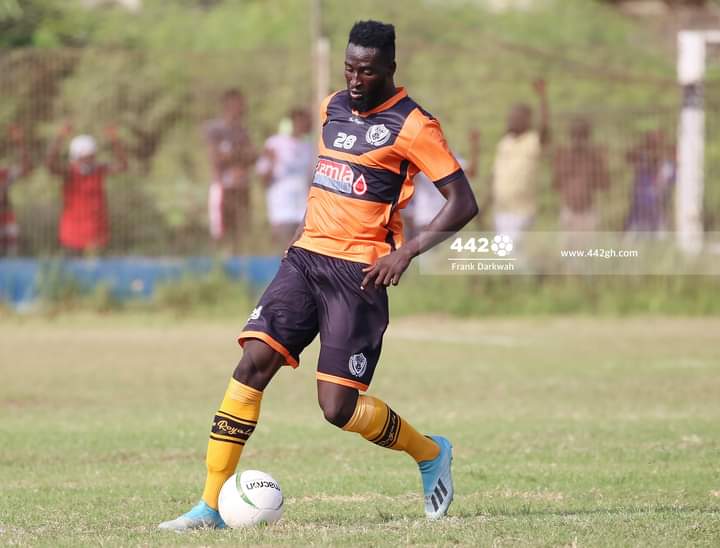 Legon Cities center-back, Joseph Adjei is attracting interests from clubs in the Gulf in the winter transfer window, GHANASoccernet.com can exclusively report.

The towering defender has emerged a subject of interest following his outstanding displays for Legon Cities in the Ghana Premier League.

In a difficult campaign for the Royals, Adjei has stood out and looks set to make a move back abroad.

GHANASoccernet.com can disclose that the 26-year-old is weighing his options despite being in advance stages of talks with some of the clubs.

Joseph Adjei was a member of the Black Satellites team that played at the FIFA U20 World Cup in New Zealand 2015.

He previously played for Wa All Stars, Cape Town City FC in South Africa and Al Orouba in Oman. He also had spells with Oklahoma City Energy, Malkiya FC and Aizawl.