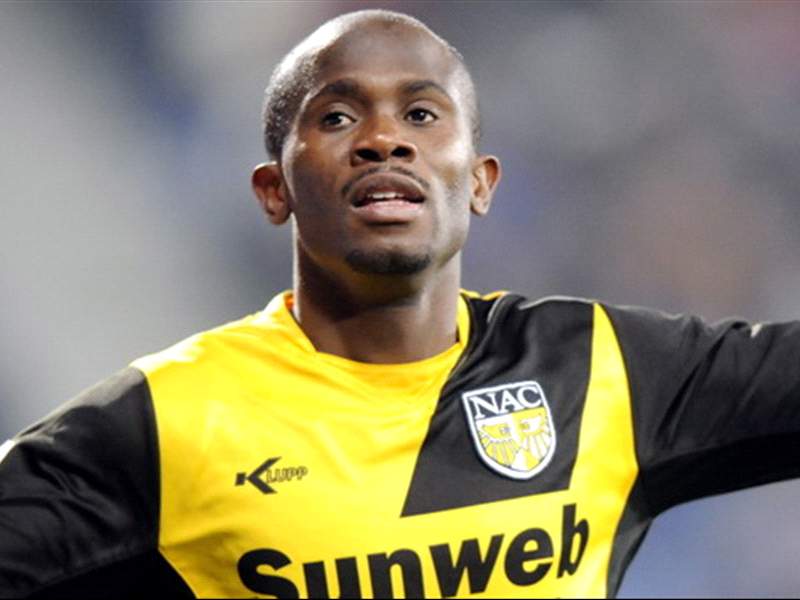 Former Black Stars forward, Mathew Amoah is the Ghanaian player with the most goals in the Dutch Eredivisie, GHANASoccernet.com can exclusively report.

The striker, who began his professional career at Dutch side Vitesse Arnhem, has scored 116 goals in the Eredivise and remains Ghana's top scorer in the Netherlands.

Mathew Amoah is followed by Prince Polley, who has netted 38 times and Kwame Quansah, who has 19 goals in the Eredivisie.

The ex-Ghana international scored 72 goals in 174 matches for Vitesse Arnhem between 1998 to 2005. He spent a season on loan during his time at Vitesse, where he played for Fortuna Sittard.

He was also a star at NAC Breda, scoring 43 goals in 105 games before moving to Heerenven at the twilight of his career. He did not make an appearance for them before spending the last two years of his career at Heracles Armelo.

He scored two goals in 16 appearances for the club.

Mathew Amoah is also revered in Ghana following his role in the country's first ever World Cup qualification. He scored 12 goals in 45 matches for the Black Stars.