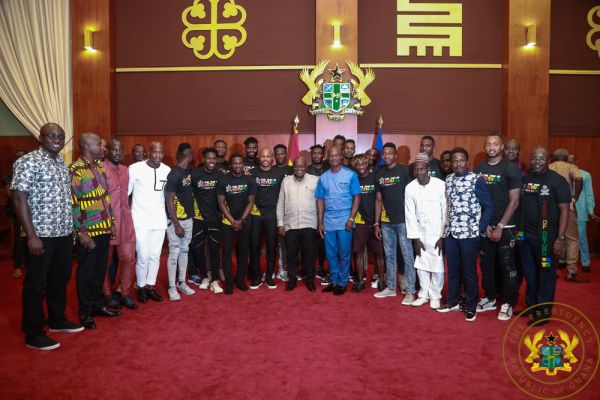 President Akufo-Addo and the Black Stars

President Nana Akufo-Addo will jet off to Egypt tonight to watch  Ghana's first opening game against Benin on Tuesday at the Ismailia Sports Stadium, GHANAsoccernet.com can confirm.

“It’s my intention to come and watch your first match on the 25th of June. I will be in Egypt to see you play and if with God’s grace, which I believe he will give us, and we make the final I am going to come there as well and watch, Akufo-Addo told the players when he met them at the Presidency.

“I will bring you the support of the entire nation. So we wish you the very best of luck and, hopefully, the next time we meet each other it will be good times again for Ghanaian football. I know you are ready and crying for it so go out there and let our people also be happy. They have been moaning for too long and the time is now to lift their spirits,” he noted.

The Black Stars will take on the squirrels of Benin at the Ismailia Sports Stadium on Tuesday. Kick off is at 8pm