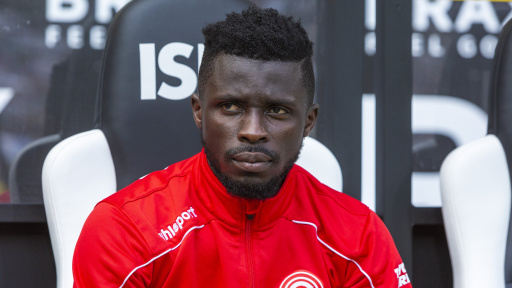 The 24-year old has struggled since joining German side Fortuna Dusseldorf last summer and could return to Belgium in the winter transfer window.

Ampomah is expected in Belgium next week to complete the necessary formalities for a switch to Club Brugge.

According to close sources, the player could first join the club on loan for the rest of the season before making a permanent move at the end of the campaign.

The former Waasland Beveren star has played only seven Bundesliga games and is yet to score for the club after a difficult spell.

He might make the squad for Fortuna's trip to Bayer O4 on Sunday.