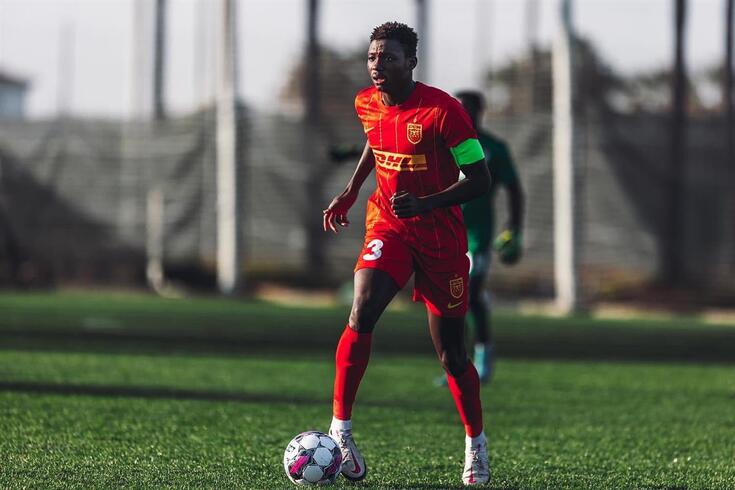 Representatives of the two European top-flight clubs have been meeting over the transfer for the past 72 hours and reached the agreement on Sunday morning, Ghana's leading and most authoritative football news outfit can reveal.

They have both agreed terms of the transfer while the centre-back's agents have also reached an agreement over his personal terms.

This paves the way for the defender to join Guimaraes in his bid to continue to build on his professional career in Europe. Woledzi will now have to undergo a medical before he signs the deal to move to Portugal.

The financial details of the deal were not revealed.

The deal will improve the financial fortunes of the player and also put him in one of the most respected leagues of Europe.

Woledzi, who was recently handed his debut Ghana national team call-up for the Asian friendlies against Japan and Chile, will now prepare to leave Denmark after two seasons playing in the European country.

The defender could not travel to Japan for the two matches because of visa problems.

He will be part of the first team's pre-season training camp if he passes a medical.

The Nima-born defender trained at the Right to Dream Academy in Ghana before he was transferred to Nordsjaelland two seasons ago.

Woledzi joins a growing number of Right to Dream Academy graduates who went to Denmark to play for Nordsjaelland before sealing big moves.

Young Ghana internationals Mohammed Kudus and Kamaldeen Sulemana followed these paths to greatness after training at the Right to Dream Academy in Ghana.