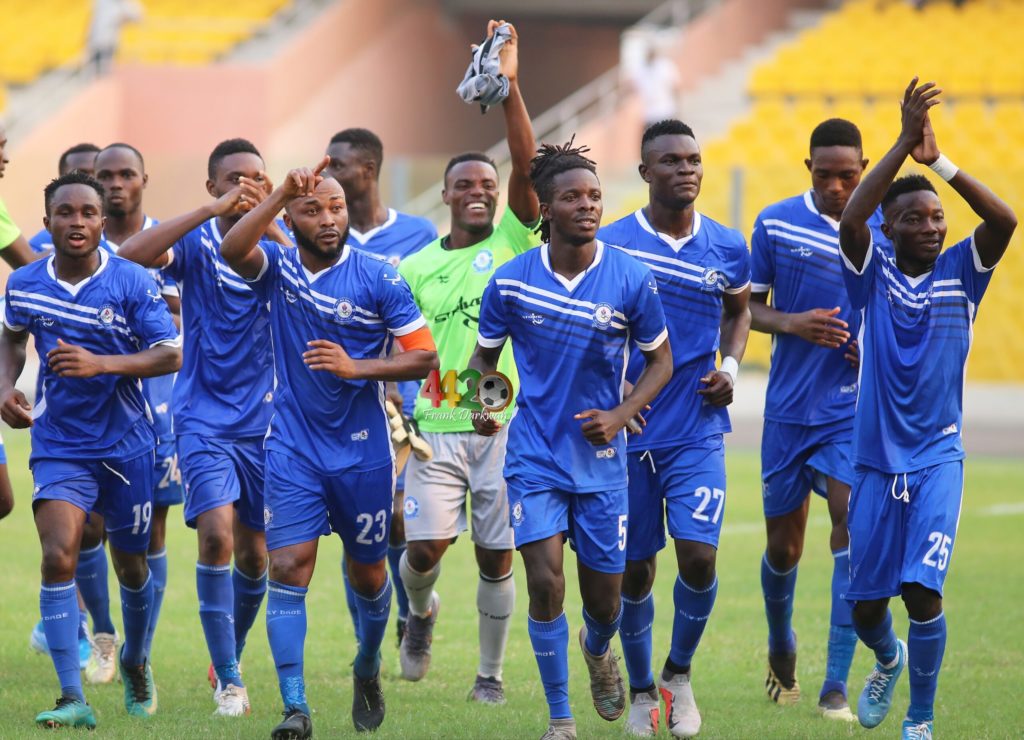 Great Olympics could have been three points richer after winning an appeal against West African Football Academy, GHANAsoccernet.com can exclusively report.

The Wonder Club, famed for consistent protest against clubs in the Ghana Premier League, were successful on appeal after WAFA were found guilty of using an unregistered strip.

The Disciplinary Committee awarded just a cost of GHc1000 against the Sogakope-based side but refused to give boardroom points to the capital-based side stating Article 16(2) of the Premier League Regulations (2019) to back the committee's decision.

But GHANAsoccernet.com can report that the Appeals Committee overturned the decision of the Disciplinary Committee, awarding three points and three goals to Great Olympics, while docking WAFA points for breach of the regulation.

The coronavirus shutdown delayed the announcement by the Ghana Football Association, GHANAsoccernet.com can reveal.

Despite winning their second boardroom points of the 2019-20 season following their success against Medeama, that will be thrown into the dustbin after the Ghana FA Executive Council announced the annulment of the season.

The decision would have meant Great Olympics jumping to the 7th on the table with 23 points, just a point behind 6th placed Medeama.

Great Olympics, "masters" of protest either frivolous or genuine in the Ghanaian top-flight were fined GH5,000 for fielding a frivolous protest against Legon Cities.

The cancellation of the 2019-20 season means Olympics' accumulated points from the boardroom is splashed on their faces like rotten egg.

The Wonder Club brought on a host of veteran to beef up their squad but struggled to gain points on the pitch following their struggles.

They resorted to boardroom points which appeared to be working until the cancellation brought an end to a nightmarish wanton protest against clubs in the top-flight.

Now, clubs will start on a clean slate as the FA prepares to announce the direction of the new season.