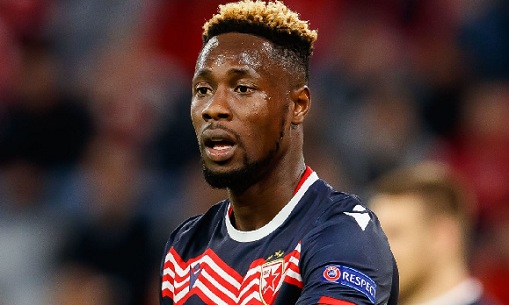 The 28-year-old is returning to the squad after a three-year absence with his last outing in the 2018 FIFA World Cup qualifiers.

The former Juventus and Red Star Belgrade striker has been called up by coach Milovan Rajevac for the double header against the two nations, sources at Beitar Jerusalem has told GHANAsoccernet.com.

Yiadom is an accomplished scorer and will add bite to the attacking machinery of the Black Stars.

With Crystal Palace striker Jordan Ayew struggling in recent times, Yiadom could be the man to turn things around.

Ghana must beat Ethiopia and South Africa to qualify for the Africa World Cup playoffs and stand any realistic chance of qualifying to the 2022 World Cup in Qatar.

Log leaders Bafana Bafana will take on Zimbabwe at FNB Stadium on 11 November 2021 and three days later travel to Ghana for the match against the Black Stars on 14 November.